In addition to being in charge of all technical and mechanical operations of Western's Azure Seas, Mr.

Sparkuhl is also responsible for overseeing the annual drydocking of the ship. "This usually takes place in January," said Mr. Sparkuhl, "and the ship alternates every year between drydock and wet dock, the former being when she is literally taken out of the water. For the first time since her arrival on the West Coast in 1980, she will only be in wet dock for one week in January 1986." Mr. Sparkuhl joins Western from Todd Shipyards in San Pedro, where he was a shipyard supervisor.

Prior to joining Todd in 1982, he worked for four years as a marine engineer. He received his Bachelor of Engineering degree in naval architecture from New York State Maritime College. 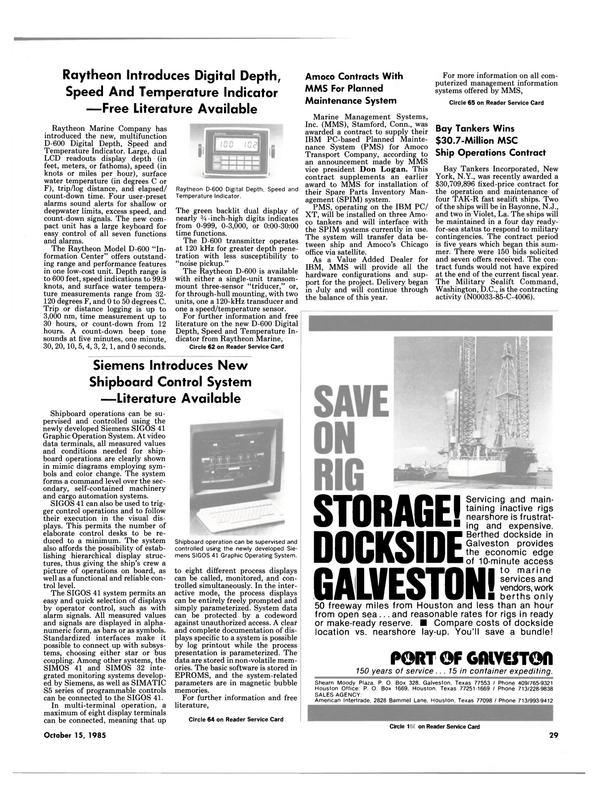