Gulf and South Atlantic steamship agency and stevedore, has acquired the major interest in U.S. Navigation, a former subsidiary of Hapag- Lloyd (America) Inc. Hapag-Lloyd decided to divest themselves of U.S.

Navigation in order to better concentrate on its own complex linear services.

The combination of Biehl & Co.

and U.S. Navigation, Inc. strengthens the general agency chain, which will now be represented on all three coasts of the U.S., as well as the Midwest.

Both organizations are deeply involved in Tramp/Tank, Husbandry and Vessel Agency. 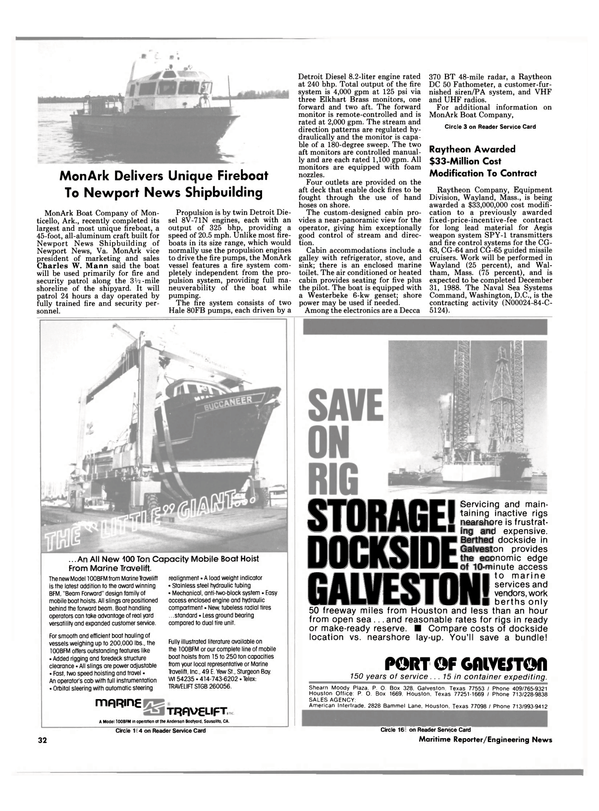 Read Biehl's Purchase Of U.S. N a v i g a t i o n Finalized in Pdf, Flash or Html5 edition of April 1986 Maritime Reporter

Other stories from April 1986 issue