In the realm of marine casualty investigations the allocation of blame should be secondary to marine safety. 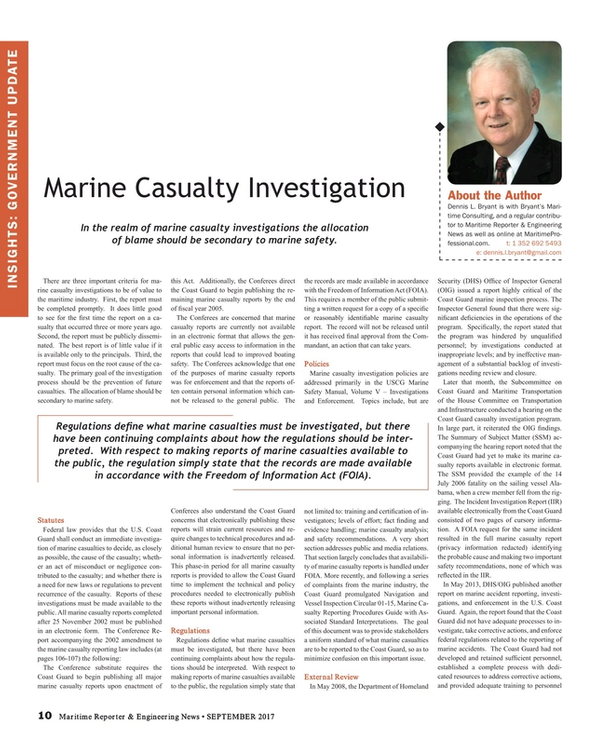