Foreship: A Guiding Design Light amid a Quagmire of Regulations

As the maritime regulatory regime evolves quickly, ship owners increasingly require guidance to help them navigate an ever-changing technical quagmire. Finland-based Foreship is a force in this regard. 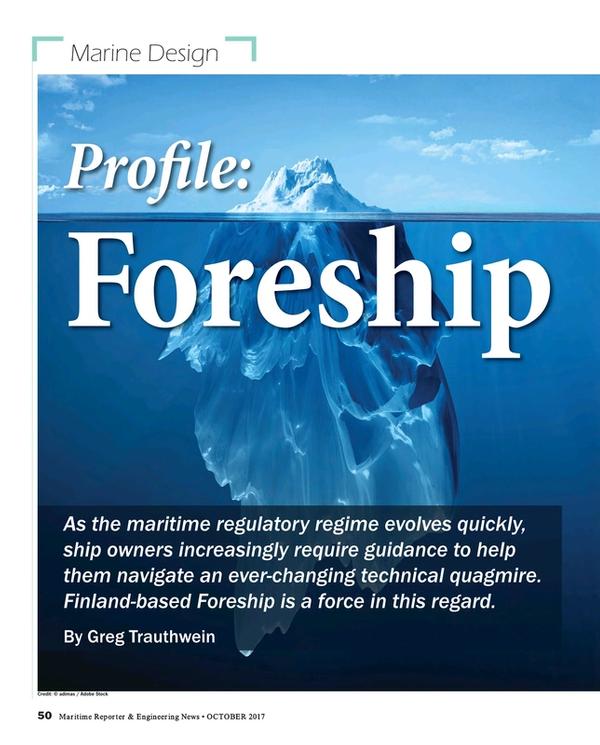 Read Foreship: A Guiding Design Light amid a Quagmire of Regulations in Pdf, Flash or Html5 edition of October 2017 Maritime Reporter