The total volume of cargo tranported by sea in Brazil from January to September 2017 was pegged at 800 million tons, according to a survey by the National Agency of Waterway Transportation (Antaq). A large number of oceangoing and cabotage ships are needed to move such a volme and many of these ships will need repairs of various kinds. Having identified a positive demand for international standard ship repair facilities in the South Atlantic basin, McQuilling Services, headquartered in New York, will be leading a project to invest nearly a billion in Lucena, on the coast of the northeast state of Paraíba, for the installation of the Brazil Basin Drydock Company (BBDC) repair yard projects. Designed to compete with the best repair yards in the world, this will be the first dedicated ship repair yard for medium and large-sized ships in the South Atlantic basin. McQuilling Services is the New York based marine transportation consulting and advisory group of McQuilling Partners, Inc. 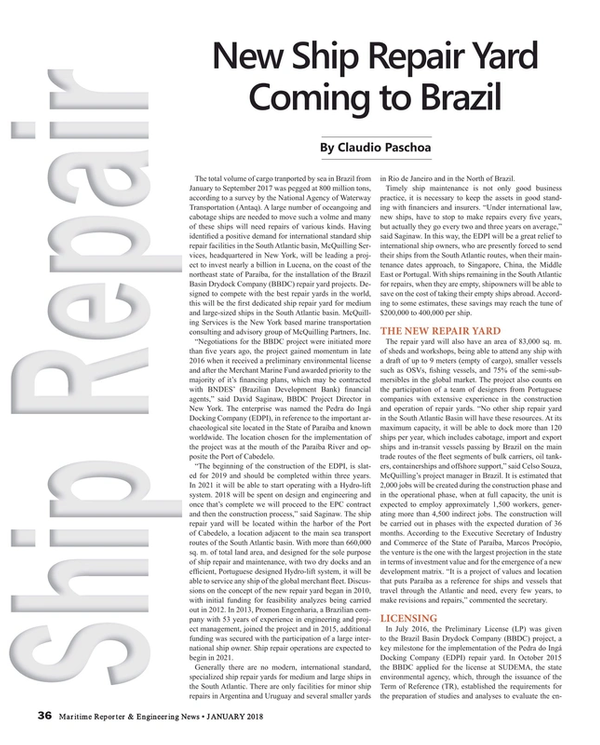