As the 90th anniversary of Robert Allan Ltd. approaches it is quite timely to address the development of Robert Allan’s designs as the years passed by and technology changed.

When the first Robert Allan came out to Canada at the end of the First War he was a trained naval architect experienced in the design of rivetted steel ships. With the end of the war and the curtailment of Government support of shipbuilding new steel ships built in BC became very rare. Wood was the material of choice, used in the design and construction of all sorts of commercial and government vessels. It wasn’t until 1938 that Robert Allan actually designed his first rivetted steel vessel, the well-known yacht Fifer, that didn’t have its origins in the Old Country.

The Second World War started and brought with it the widespread use of welding and mass production techniques. While Robert Allan Senior continued to primarily design small wooden vessels for the Navy and certain commercial customers during the war years his son, Robert Allan II, spent his war in the large shipyards of North Vancouver where steel warships and steel merchant vessels dominated.

With the end of the war the experience gained with welding changed the design business forever. Initially, steel was used in the design of vessels for the inland waters of BC and northern Canada, allowing prefabricated vessels to be shipped from Vancouver to spots north and then assembled and launched. The widespread use of steel in the construction of coastal vessels took a bit longer to catch on, first with relatively small barges and tugs and then later with fishing vessels. 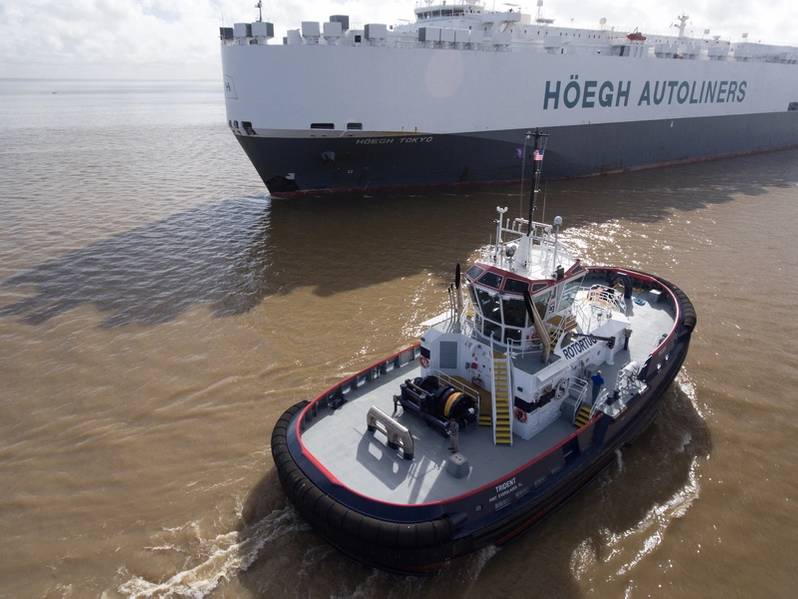 By the 1960s steel construction was dominant and the skills required to design and build wooden vessels slowly died out. The very age steel tug Ocean Master was designed for a local firm but built in Holland in 1961.  Larger and larger steel tugs and barges were designed by Robert Allan Ltd and other local Naval Architects and built in local shipyards. The more capable designs included many unique features; from the self loading, self dumping log barges, to the application of steerable Kort nozzles for tugs and fishing vessels. Good ideas, whether developed in BC or imported from elsewhere were incorporated in all new designs.

The spike in shipbuilding design work continued uninterrupted throughout the 60s only to face a major change by the end of the decade. Tragedy struck the towing industry with tugs disappearing in bad weather, with lives being lost. A significant change in the design of tugs was required and the answers emerged from the fertile minds of Robert Allan Ltd. and other West Coast designers.

As the redesign cycle wound down the Canadian Arctic heated up. Ice class vessels were in demand and unique designs appeared on the drawing boards of many Vancouver companies. Concurrently, Robert Allan Ltd began working for Singapore shipyards and owners designing unique vessels for the offshore industry in Asia.

Then computers arrived and the drawing boards put in storage. New design processes had to be developed to make the best use of the new tools.

This was easier for the young designer than for some of the old hands, but the change was made. When the skeptics finally accepted the new tools, the boards were taken from storage and sent to the dump. 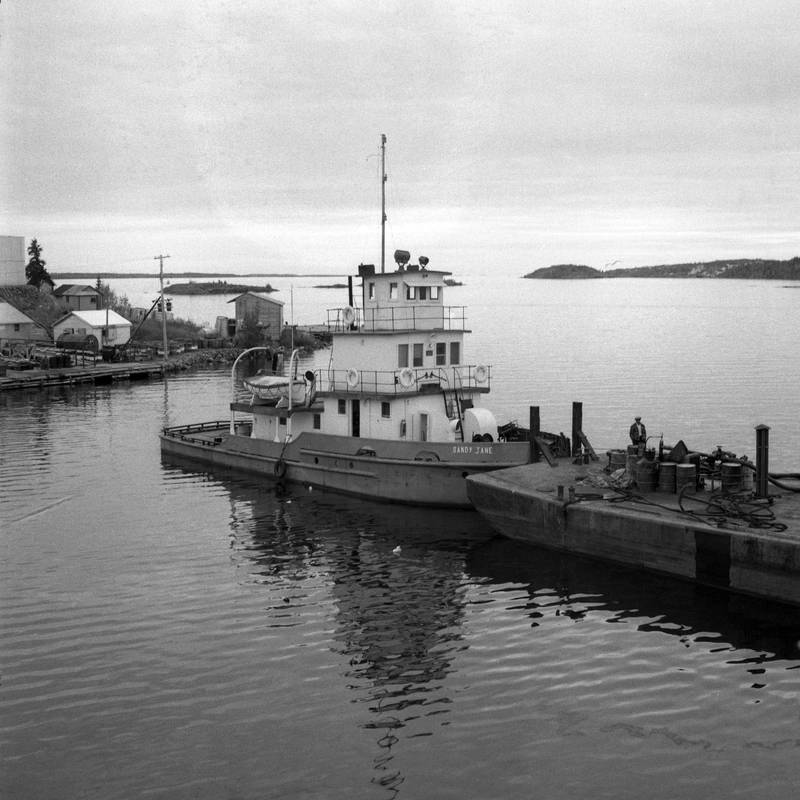 Then came the global expansion of the Vancouver naval architects into the world market. Prior to the 1990s Robert Allan Ltd. stayed close to home.

At first some design products were sold for American service and then almost overnight the global marketplace became to only marketplace to focus on.

The advent of the azimuth drive in tugs arrived just as the size of deep-sea ships took off, making the docking and ship assist business the major user of towing vessels.

Today the focus is on the challenge of generating high performance while enhancing safety in an environmentally safe and minimalist footprint. The use of LNG fuel and hybrid drives gets just as much attention as the stability and inherent safety of our designs
Robert Allan Ltd. employs almost 90 people, in a healthy mix of Canadian born and trained architects and engineers alongside people of similar skills from all corners of the world. We are larger now than we have ever been. The great majority of our work is for non-Canadian customers and our vessels are sought after by customers from all corners of the globe.

We have always recognized the importance of quality and innovation as well as speed and responsiveness and will continue to use every tool available to us to maintain our company while improving our designs and our reputation in the years to come. 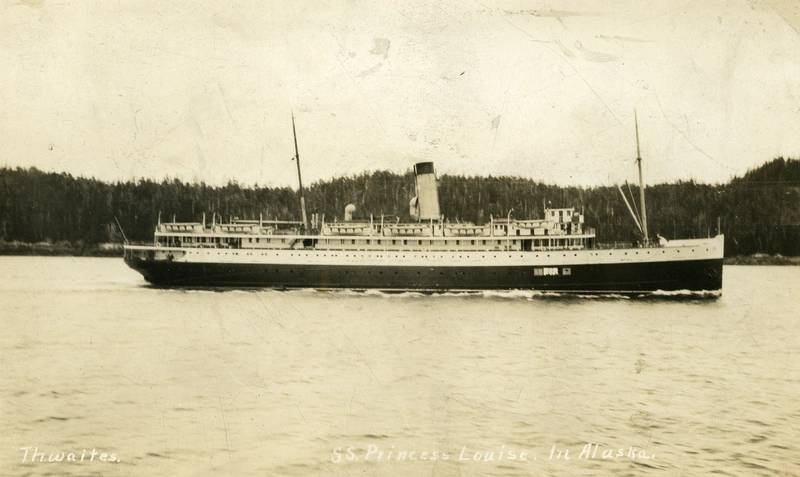 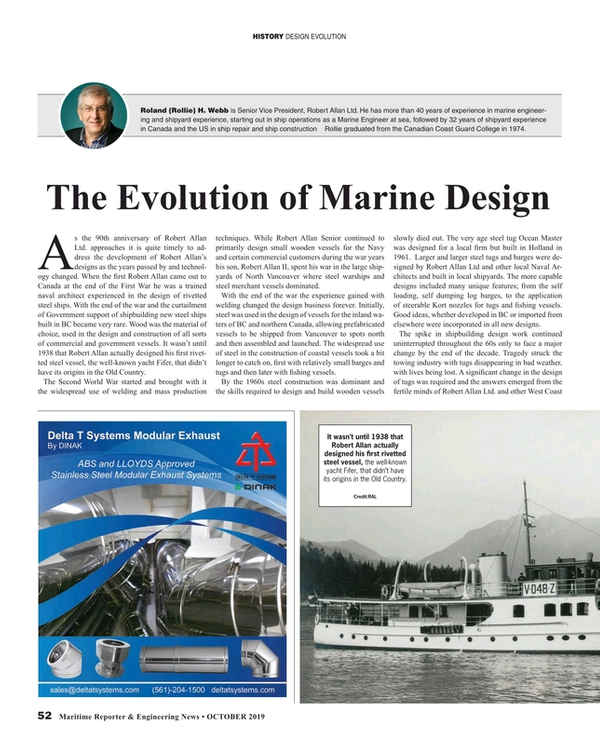