In the cargo shipping world, there’s the bulk sector, the container segment, and then, there is “everything else.”

When it comes to ‘everything else,’ breakbulk is the cargo that resides in between, comprising much of that remainder, including forest products (lumber, baled pulp) and steel. Breakbulk may, at times, share space on multipurpose vessels that also handle heavylift and project cargo, but can also be transported on vessels that handle drybulk. Prior to the advent of containerization, bales, barrels and pallets dominated. Today, most general cargo moves in standard sized containers.

Where the items have not been containerized, many move on vessels, both multipurpose and drybulk, often scheduled in semi-regular breakbulk “parcel” services. But beyond cargo and vessel data, breakbulk is all about service, with carriers customizing their offerings to attract demanding movers of industrial cargo.

Analysts at Drewry, who closely cover the marketplace for multi-purpose vessels (MPV) which haul substantial amounts of breakbulk cargo, say “The ultimate driver for that sector is overall dry cargo demand.” In a report published in late 2018, the London-based consultants peg annual overall dry demand at 8 billion tons; 5 billion tons of which are bulk, and the remaining 3 billion tons, as general cargo. As much as two billion tons of that ‘general cargo’ category is moved as containerized goods.

The Market: Supply, Demand … and Trade Wars
When evaluating market prospects, the supply side can get tricky, with various vessel types available depending on circumstances. Drewry analysis shows that multipurpose carriers can move bulk cargo. Specifically, in recent years, 1.3 billion tons of bulk cargo have moved on MPVs, especially where availability is subject to the vagaries of both vessel supply and cargo demand. Conversely, breakbulk cargo moves on smaller bulk carriers- readily available in times of glut; but stronger bulk carrier markets may pull tonnage away from the breakbulk trades. During July 2019, the drybulk market strengthened significantly (tripling actually) with the Baltic Dry Index (BDI) reaching over 2,000 for the first time since 2015, before backing down on renewed trade fears in early August.

On the demand side, the ongoing trade wars and related tariffs are an ongoing concern, with cargo destinations shifting for containerized cargo, some bulk and for breakbulk. Steel trades are a big component of the ‘everything else’ that is breakbulk. China, while the subject of much attention, has not been a major supplier of steel into the United States, where steel imports into are down.

The United states is a major breakbulk participant. Consider the U.S. Great Lakes, where Dutch shipping company Spliethoff and The Cleveland-Cuyahoga County Port Authority in Cleveland, Ohio launched a combined general cargo/ container run in late 2013. Dubbed the Cleveland-Europe Express, the route links the Ohio port with Antwerp. Montreal-based Fednav has also struck up a partnership of sorts with the Ports of Indiana, which operates Burns Harbor on Lake Michigan. David Gutheil, Chief Commercial Officer, Port of Cleveland, told MLPro, “The Port of Cleveland initiated the Cleveland-Europe Express in 2014 with the goal of diversifying our cargo base by attracting new containerized and project cargoes.”

The St. Lawrence Seaway, linking the Lakes with the Atlantic has several months of downtime in the winter, creating  a problem for cargo interests striving for year-round consistency. Gutheil addressed this issue, highlighting institutional blockages, by saying, “While momentum on this service continues to build, the Great Lakes and the St. Lawrence Seaway system continue to be a vastly underutilized alternative for cargo owners and freight forwarders that seek a more efficient connection to global markets. This is mainly due to governmental policies that prohibit a year-round season, in addition to other regulatory barriers. Our current national policies and funding mechanisms continue to steer cargoes to coastal ports that are already highly congested, instead of developing policies that should promote the use of a deepwater, inland maritime system that moves cargoes closer to their origin or final destination.” In the important Europe-Great Lakes trades, Polsteam (with long standing contracts to move steel into the Lakes) and Royal Wagenborg are also major participants.

Notwithstanding the issues wrought by winter closures, Cleveland and Burns Harbor both have a “Plan B” for these winter months, when the Lakes are closed. During this time, cargo originating in (or bound for) the U.S. industrial heartland in the Midwest, can be trucked or railed with through bills of lading, through Fednav’s major hub in Montreal. Separately, Spliethoff runs cargo through the Valport Terminal in Valleyfield, just to the west.
The port of Houston is also major breakbulk gateway with products tied to the oil industry (and burgeoning activity in the Permian Basin and elsewhere) leading the charge. This year, overall tonnage increased, with statistics provided by the port showing steel imports increasing from May 2018’s 384,066 tons to 488,785 (26 % of total U.S. steel imports in the month) in 2019; a gain of 27%. Year-to-date (through June), Houston’s steel imports were up from 2.1 mmt to 2.4 mmt.

The Players
Parcel services are important throughout the sector. Two important operators in the thick of the breakbulk action are Ultrabulk (which has corporate roots in the venerable East Asiatic Company) and Clipper Bulk, both based in Denmark. Illustrative of the overlap in vessel types, Ultrabulk’s parcel service brings cargo into North America from northern Europe, the Mediterranean and South America on chartered in bulk carrier tonnage. The recently re-organized Clipper Bulk is concentrating on rebuilding its business around specific sectors; for example, its Clipper Steel service brings parcels into ports along the U.S. East Coast (including Savannah, Camden, NJ and New Haven, CT) and into the U.S. Gulf (Houston and Mobile, AL).  Clipper is the part owner of a steel terminal in Altamira, Mexico, where a different run connects to ports around the U.S. Gulf and Caribbean.
Throughout the world markets, other well known vessel operators handling steel and wood parcels on a regular basis include Western Bulk, J Lauritzen and MUR Shipping (part of MacSteel), Island View Shipping (with major partner Nasdaq-listed Grindrod, presently examining strategic alternatives), and NYK Bulk and Project.

Forest products are also an important component of breakbulk, moving typically on multipurpose ships and smaller bulk carriers. G2Ocean (an amalgamation of what was Gearbulk and Grieg) is a dominant carrier. Its trades span the Atlantic and Pacific oceans, with a major run being British Columbia to Asia.

Specialized vessel configurations are an important element in breakbulk shipping. The G2Ocean online brochure explains, “As the leading carrier of unitized pulp, newsprint, fiberboard and other forest products, G2 Ocean understands how susceptible these commodities are to temperature fluctuation and moisture damage and how to prevent the damage from happening.” They add: “To control temperature and prevent condensation, we have equipped our vessels with forced draft ventilation and dehumidification plants. Our specialized cargo handling equipment, some of it purpose-designed, ensures safe handling during loading and discharge.” The fleet includes Gearbulk vessels that are described as “Totally Enclosed Forestry Carriers (or “TEFC”s). These are fully covered, open hatch gantry crane vessels designed for weather-proof loading and discharge of all types of forest products.

Royal Wagenborg, with MPP and conventional but highly versatile bulk vessels also emphasizes the specialized nature of these trades, saying: “Our fleet is modern and environmentally friendly, and with the enormous diversity in type and tonnage we are able to offer just-in-time shipments for large cargo contracts as well as spot shipments.” The fleet includes ice-strengthened dry-cargo vessels- many with box shaped holds. They add, “With our diversity in size and tonnage we offer transport solutions to the market. Our fleet of paper carriers is used specifically for the transport of forestry products, such as paper and pulp ...”

Project cargo, typically consisting of large pieces of machinery, tanks, and, in recent years, components for electricity-generating windmills, all move on the same multi-purpose ships that are taking more conventional breakbulk, often in “liner” type services. Royal Wagenborg, the Netherlands based carrier, offers a regular breakbulk service into the Lakes, along with Spliethoff. BBC, an operator of multipurpose vessels, also calls there.

Market Drivers: size matters
Because breakbulk cargo is industrial (rather than consumer driven), there is a relationship element which centers on careful scheduling and consideration of shoreside logistics- contrasted with a very transactional commodity like shipping business (which characterizes certain portions of the drybulk market and many container runs). Another participant in the trade, Ultrabulk (actually part of a larger Chile  based organization- Ultramar) explains on its website: “Our partnership philosophy is based on long-term relationships, combining cargo contracts and tonnage procurement into the vital core of the Ultrabulk business model.”

The philosophy is further expounded in the online brochure of Pacific Carriers Limited (PCL), part of the Kuok group. Its fleet includes high-specification Japanese built handy sized bulk carriers (mostly open-hatch types) which are used in the forest products and steel trades. PCL notes: “We have formed joint venture whenever there are synergies. Strategic alliances with our customers are explored regularly as major cargo interests prefer to work with major shipowners in order to the minimize risks of contracting with single vessel or small owners where the risks are larger. As a large ship owning entity, we offer cargo interests increased flexibility.” 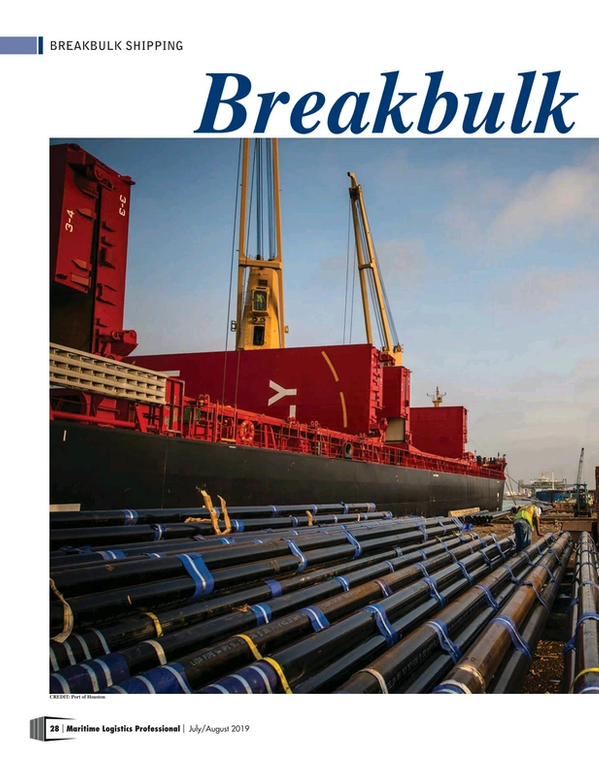