Carl B. Hakenjos, vice president of William-McWilliams Co., Inc. in New Orleans, La., was elected president of the Mississippi Valley Flood Control Branch of the Associated General Contractors of America, Inc. at its recent annual meeting at the Monteleone Hotel in New Orleans.

The Associated General Contractors of America is a trade association representing 8,000 contractors.

Members of the Mississippi Valley Flood Control Branch of this organization perform flood control and navigation work on the Mississippi River and its tributaries from Cape Girardeau, Mo., to the Gulf of Mexico, and on the Red River and Tennessee-Tombigbee in Mississippi. This work consists, in part, of channel work, dredging, lock and dam construction, revetment, river stabilization, levees, dikes, and other such works necessary for flood control and navigation. 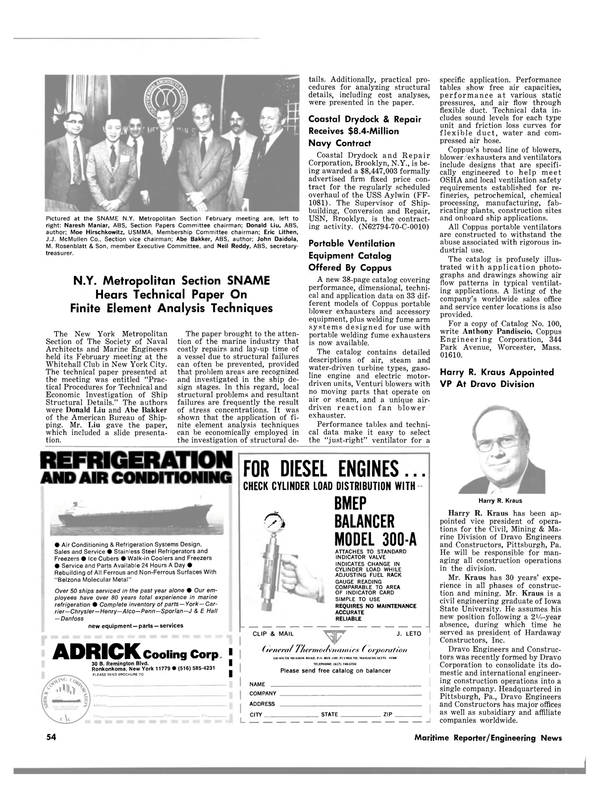