In announcing the restructuring of the unit into five major areas of responsibility, Mr. Richie said the change will enable Mc- Dermott to better serve the company's clients.

I.R. Foster becomes senior vice president and Group executive, McDermott Operating Unit, responsible for Harvey Division, M c D e r m o t t Shipyards, Mexico, Canada, and the East and West Coasts of the U.S. Mr. Foster joined McDermott in 1957 as a field engineer. Having served as division engineer for the Marine Pipeline Division and the Offshore Division, he became manager of offshore construction in 1965. In 1975, he was named vice president of Oceanic Contractors, and in 1978, Group vice president and assistant to the president, Mc- Dermott Operating Unit.

A f t e r Mr. Earles joined the company in 1955, he served in several administrative posts. He became assistant division manager of the Fabrication Division in 1964, and manager in 1966. In 1972, he became general manager of both the Fabrication and Offshore Divisions.

Since 1978, he has been the Group vice president for Oceanic Engineering Services in London.

Howson joined Oceanic Contractors in 1972, after having had several years of experience in the offshore field. In 1974, he was named Group vice president of Oceanic's North Sea Group. 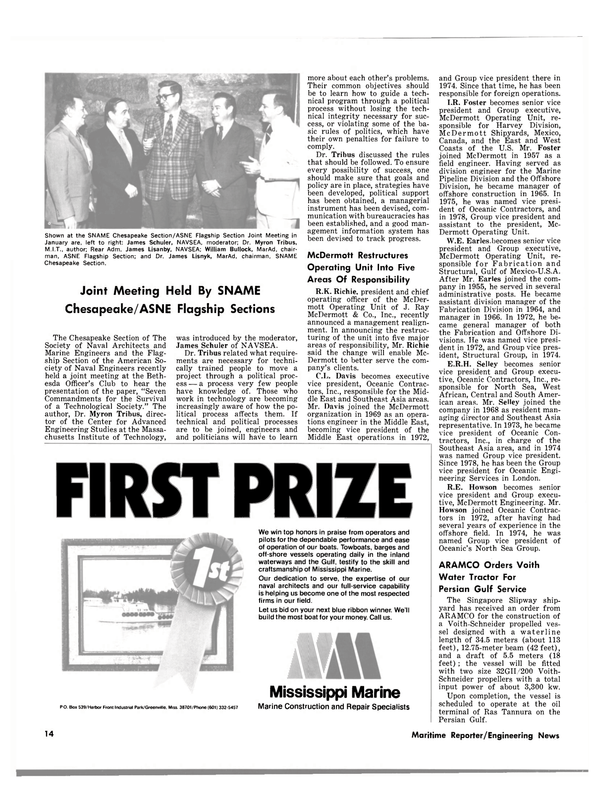