Mr. Revington, a native of Manchester, England, holds a degree in mechanical engineering and is a corporate member of the Institution of Mechanical Engineering. He brings to his new position more than a dozen years' experience with Volvo Penta in the United Kingdom and Sweden. For three years while headquartered in Sweden, he served as marine engine sales manager for North America and Europe. Immediately prior to coming to the United States, he spent a year as a director of Hydrodiesel, Ltd. in England, marketing diesel powered industrial equipment. 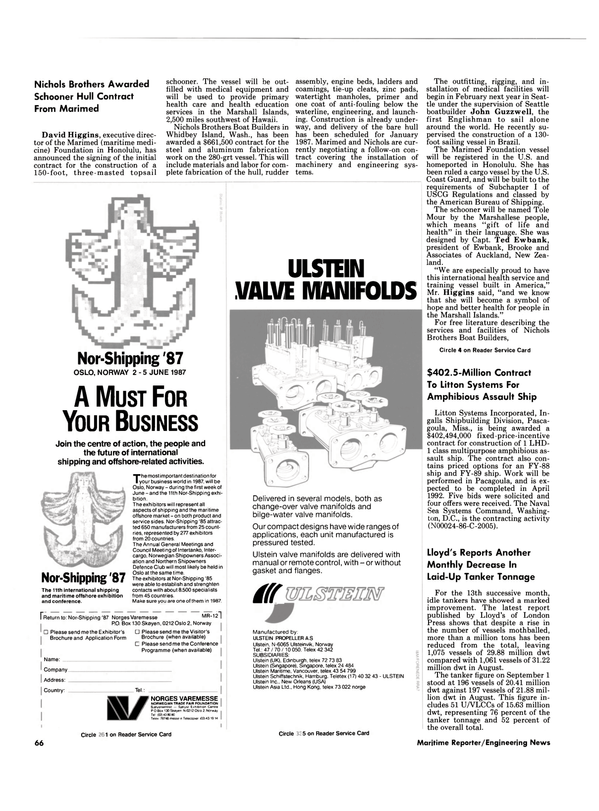