Edie Rodriguez, the Americas Brand Chairman for PONANT Yacht Cruises and Expeditions, has spent a life and built a career centered on travel, cruise and branding in a most luxurious manner. She was a natural to discuss the booming luxury expedition sector, the next big frontier in the global cruise industry. 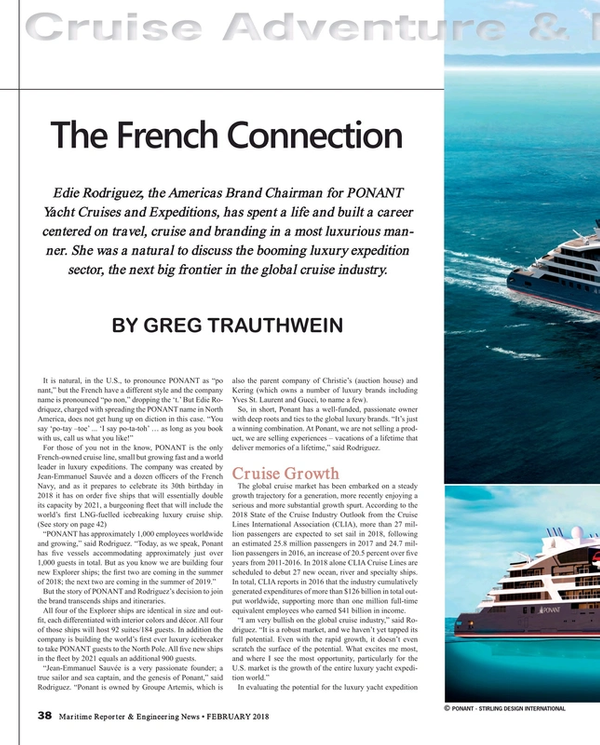