Clear Contractual Language: What Are You Agreeing To?

The tightening of the marine markets over the last two years have pushed some companies to do everything that they can to avoid obligations that they feel are burdensome or take advantage of obligations that provide them with a competitive advantage. The starting point for all of these analyses begins by analyzing the language of your contracts, what many refer to as “the legalese.” 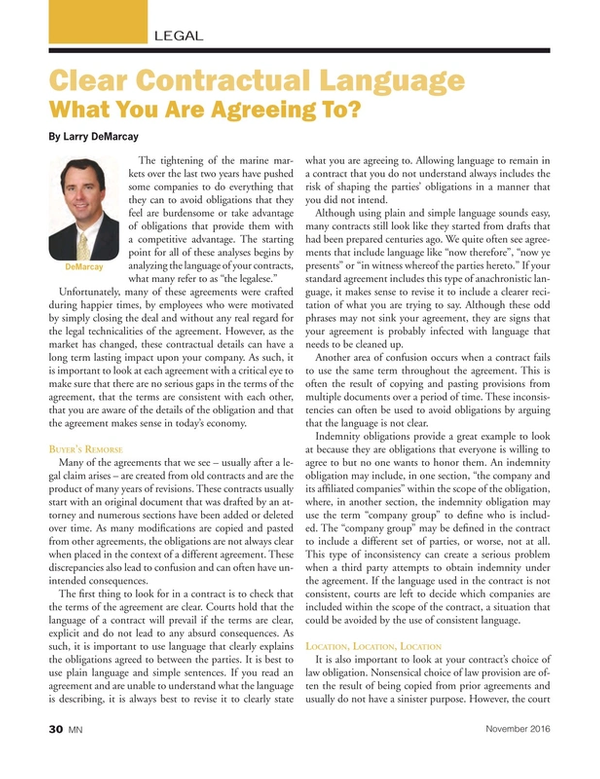 Read Clear Contractual Language: What Are You Agreeing To? in Pdf, Flash or Html5 edition of November 2016 Marine News