A challenging offshore environment produces a different but equally difficult development. Will you be ready when it comes to your fleet?


(As published in the November 2017 edition of Marine News) 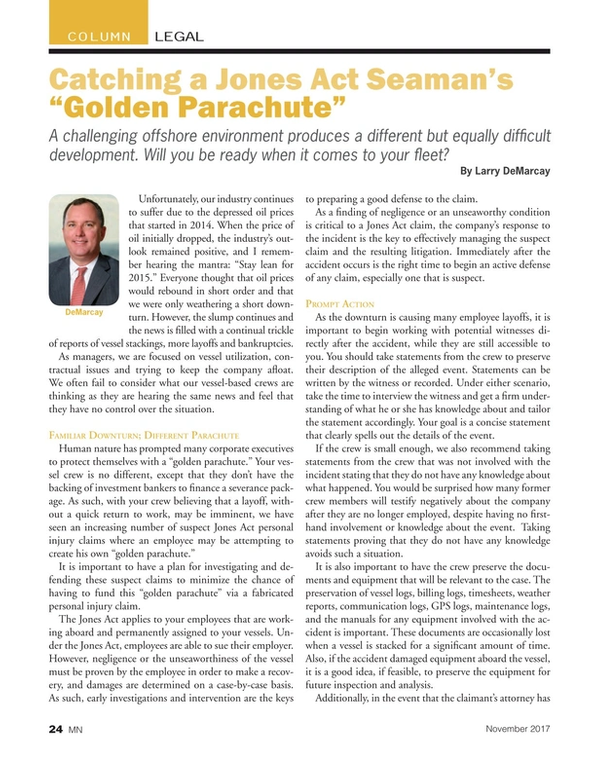