Op/Ed: Facts Do Matter - A Defense of the Jones Act

I recently read a story in The New Yorker – but that sounds more intellectual than what really happened, let me start over. I recently clicked a link on Facebook, which sought to explain why the term “Fake News” has become so popular. 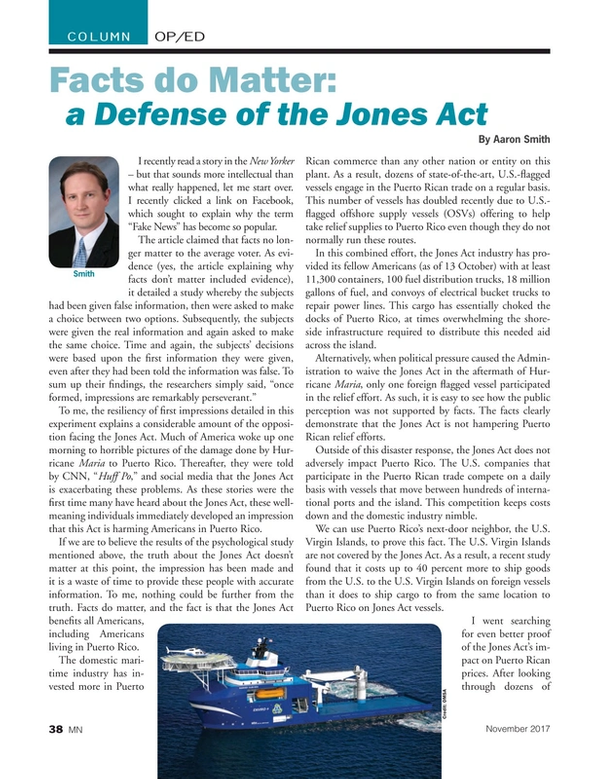 Read Op/Ed: Facts Do Matter - A Defense of the Jones Act in Pdf, Flash or Html5 edition of November 2017 Marine News