Software design company Quality Positioning Services BV (QPS) has upgraded its hydrographic data acquisition, navigation and processing software package QINSy (Quality Integrated Navigation System). The latest version, 8.10.2015.06.29.1, includes a new feature called Hook-Up Operations for Anchor Handling, for pre-laid anchors powered by Orcaflex of Orcina.Traditional anchor handling, including showing the catenary, was already possible with QINSy. The anchors are run from the rig or barge using tug boats that deploy the anchors at the planned positions. During the anchor handling procedure the catenary, powered by Orcaflex, is shown during the entire operation. With the new Hook-Up procedure the anchors are already pre-laid on the seabed, but not yet connected to a rig or tug boat. The anchor has a wire with a (sub) surface buoy at the end. QPS said the advantage of using Orcaflex for the catenary calc is it supports complex anchor wires that consist of different types of material, which all have their own structural characteristics. www.qps.nl 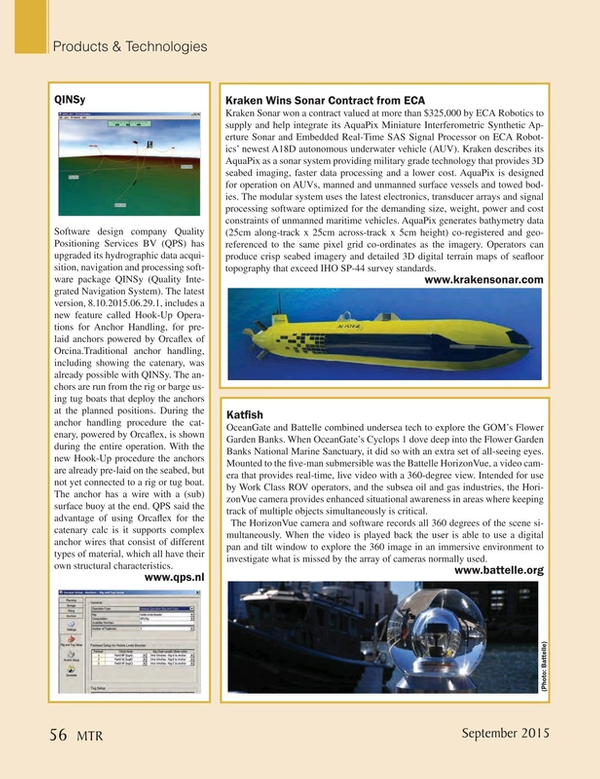