Klein's Side Scan Sonar, Then and Now

The company known today as Klein Marine Systems, Inc. has origins stretching back to the 1960s when Marty Klein, who many consider to be the father of side scan sonar, began building his own devices from his home in Lexington, Mass. As this iconic subsea technology company approaches 50, MTR speaks with Marty Klein as well as Klein Marine System’s general manager, Frank Cobis. 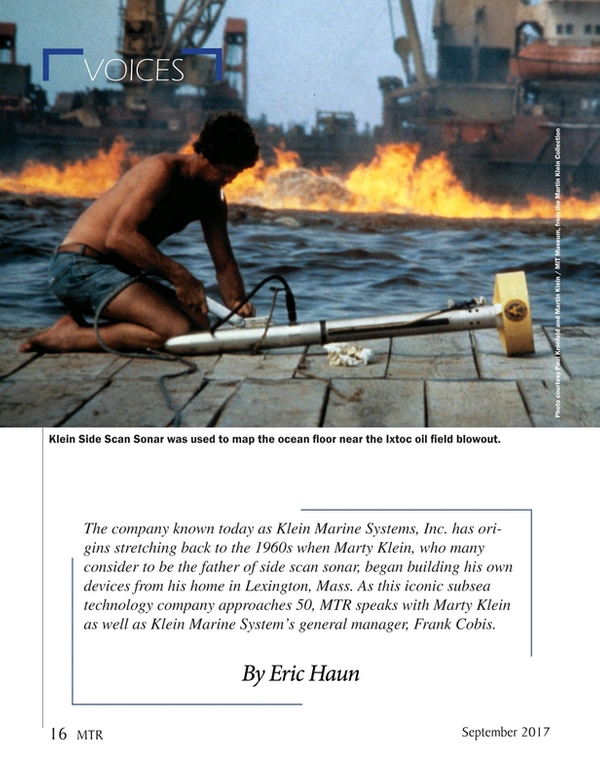 Read Klein's Side Scan Sonar, Then and Now in Pdf, Flash or Html5 edition of September 2017 Marine Technology