Machines Infused with AI that Fly, Swarm and Dive

By Dr. Jyotika I. Virmani

Can mimicking insect behavior provide a way to map the ocean floor? Can robotic-controlled flying and diving drones be both bird-like and fish-like in the race to explore the ocean depths? As a global group of 19 semi-finalist teams in the Shell Ocean Discovery XPRIZE compete to create innovative autonomous technologies to image and chart the unknown in a cold, dark and hull-crushing undersea world at depths down to 4,000 meters, we look to the innovation that will advance our understanding of our planet. 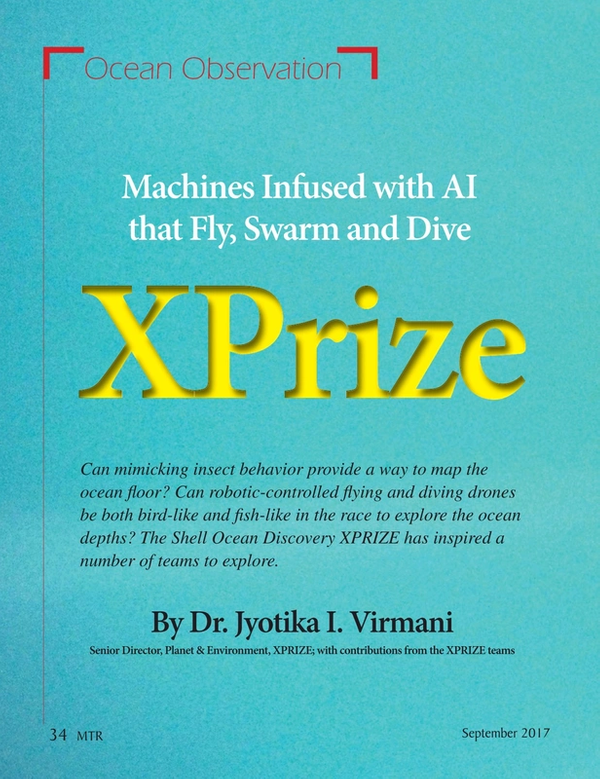 Read Machines Infused with AI that Fly, Swarm and Dive in Pdf, Flash or Html5 edition of September 2017 Marine Technology