Mrs. Geri M. Joseph, former U.S. Ambassador to the Netherlands, has been elected to the board of directors of Twin City Barge, Inc., St. Paul, Minn., it was announced recently by John W. Lambert, chairman of the board.

A life-long resident of the Twin Cities, before becoming Ambassador in 1978, Mrs. Joseph had a distinguished journalistic career, specializing in health, education, and other social concerns.

As a contributing editor and columnist for the Minneapolis Tribune, she won the Sigma Delta Chi award for a series on hospitals, as well as five American Newspaper Guild awards for other writings.

Mr. Lambert said the addition of Mrs. Joseph creates an 11- person board for TCB, five of whom are outside directors.

Twin City Barge is a diversified company engaged in river transportation, barge construc- tion and terminal operations. Its barging operations extend from the Twin Cities throughout the inland river system of the United States. In addition to barges, TCB also manufactures dredges and other types of marine equipment and operates a major terminal with a complete intermodal exchange between rail, truck and barge. 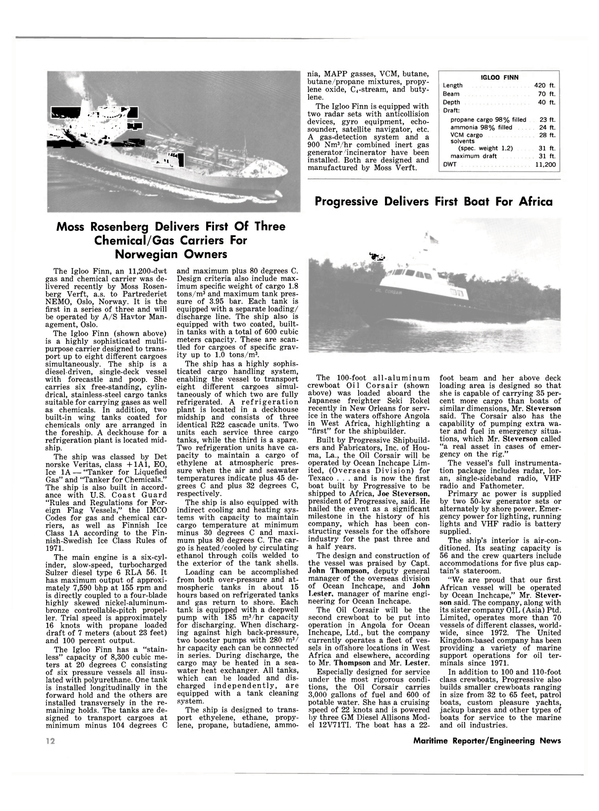