Halter Marine, Inc., New Orleans, La., and Jackson Marine Corp., Aransas Pass, Texas, have signed a contract for the construction of two 180-foot supply boats. The new vessels will be the 48th and 49th to be built by Halter for Jackson.

The two companies began their association in 1967 with the construction and delivery of the 100- foot tug Captain Jac. Since then Halter has built 33 tugs, 13 supply boats, and one crewboat for the Texas-based vessel operator.

The supply boats will be built at Halter's Calumet, La., division, one of a group of shipyards owned and operated by Halter in the Southeastern U.S. 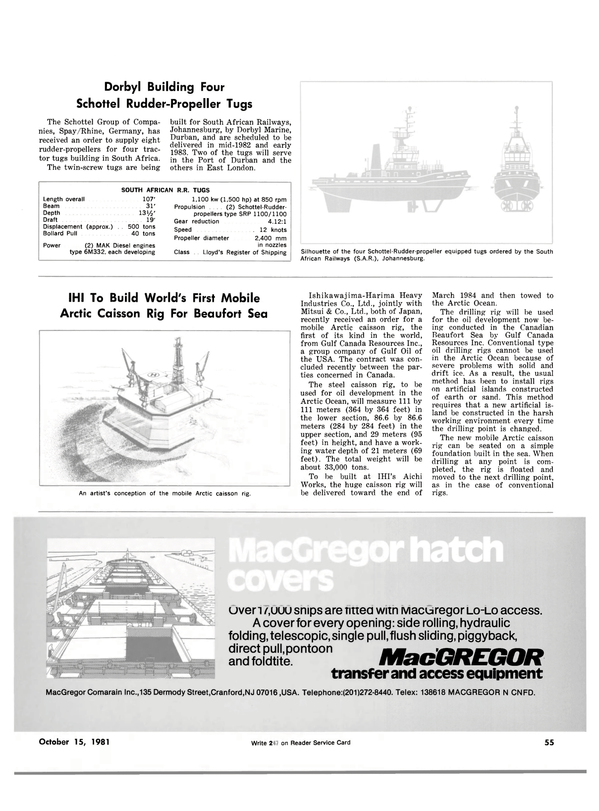