The Canadian Shipbuilding and Ship Repairing Association announces that plans are complete for the 34th annual technical conference to be held at the Hyatt Regency Hotel, Montreal, Quebec, Canada, on March 2, 1981.

The meetings actually begin on Monday, March 1, with closed session meetings for members only. The theme for the open session on March 2 will be "Prelude to a New Canadian Shipbuilding Era: Opportunities and Plans." There will be a four-speaker panel for the morning session and a three-speaker panel f o r the afternoon session. Each speaker will present a paper of between 15 and 20 minutes. Papers will be followed by a general discussion and question period.

The annual technical conference, always held in Montreal, is by far the biggest and best known CSSRA event and is widely attended by members of the marine fraternity. The annual banquet is scheduled to be held at 7:30 p.m. on March 2 in the Regence Ballroom. 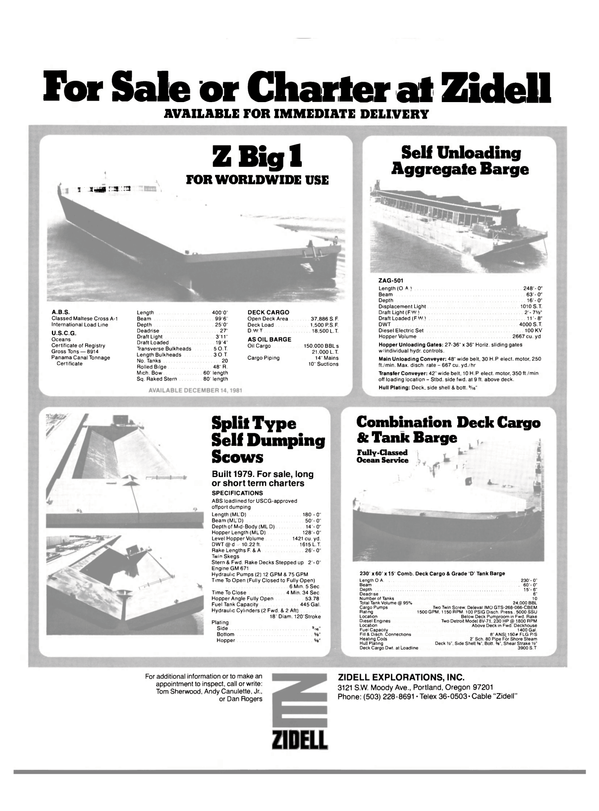