The two ruggedly constructed dump barges were specially designed by Twin City Shipyard for the Panama Canal Commission to handle extremely large and dense blasted rock up to 10 feet in diameter having a loaded specific gravity of 2.26.

Two machinery rooms are provided below deck, one housing a diesel generator set and switch gear and the other containing the hydraulic power unit for the two opening and closing rams. Each machinery space has an independent fixed C02 fire extinguishing system.

Two bilge pumps are piped into recessed hydrants for deck washdown. The opening and closing of the hull can be totally controlled at a deck mounted console or from a hand held radio controlled station from a distance of up to V4 mile. Slow-speed and high-speed hull opening and closing functions are provided.

The dump barges are designed and built to ABS classification and U.S.C.G. certification for full ocean service. 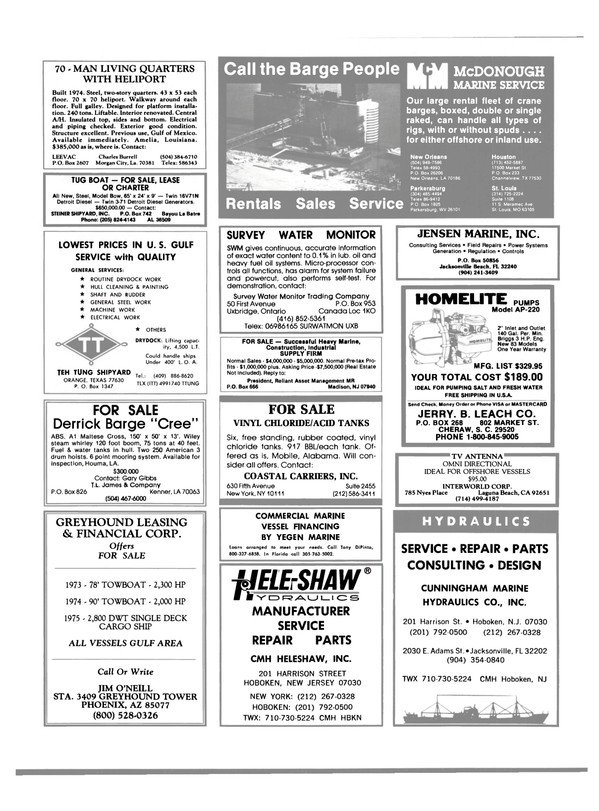