Castrol Marine will launch Castrol Cyltech CL 100 ACC in May 2014, a next-generation cylinder oil which is Castrol’s technical response to the corrosion issues that can arise in modern two stroke marine engines, especially when ships are slow steaming. Castrol Cyltech CL 100 ACC (Advanced Corrosion Control) is a newly formulated 100BN lubricant developed for the latest generation of engines.
“Castrol Cyltech CL 100 ACC is not simply an existing oil that has been up-treated to give a higher BN,” said Jonathan Hutchinson, Castrol Marine Marketing Director. “It is based on a new chemistry that we have been developing over the past two to three years to reflect technical challenges set by modern super long stroke engines. These operate at higher pressures causing higher dew points and increased sulfuric acid formation, which in turn can result in severe corrosive wear, particularly where higher sulfur fuels are used and the engine is operated at lower loads.”                www.castrol.com 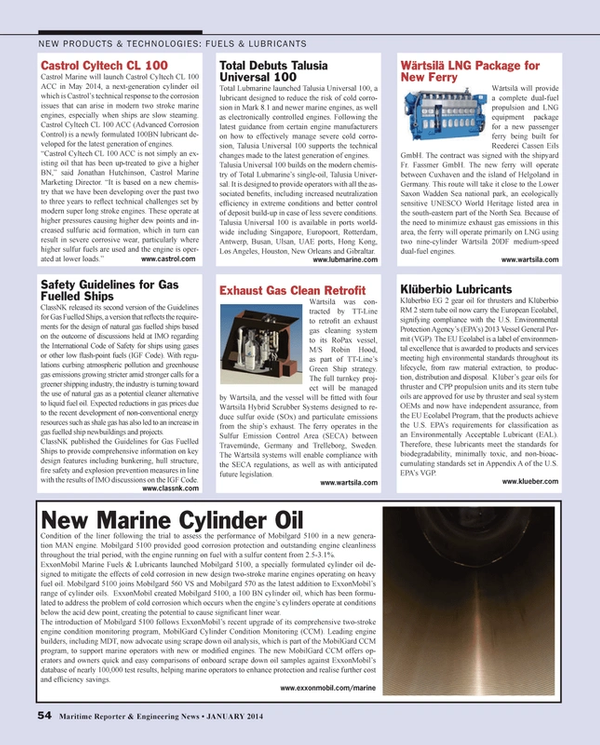