Capstone Turbine Corporation, a clean technology manufacturer of microturbine energy systems, is expanding its product offering in the marine market and has appointed six Capstone marine distributors.
Capstone marine microturbines, which run on LNG or diesel, are installed on several vessels including the Argonon, a Type C tanker in the European inland waterways that has been operating with two C30 LNG Capstone microturbines since 2011. Capstone Microturbines are particularly targeted for small- and mid-size commercial ships that travel inland waterways and Emission Controlled Areas (ECAs). This innovative power technology can produce 30-kilowatts to multiple megawatts of high-efficiency onboard electricity.
The LNG or diesel-fueled microturbines can provide all onboard electrical power. In addition, the technology becomes even more efficient when waste heat from the microturbine is captured during operation and re-used for other energy needs on the ship, such as heating and chilling.
In addition, the company has launched a contest that will give away up to 130 kilowatts of marine power to three existing or new ship owners. Winners will be selected from entries submitted which represent the most compelling marine projects that can be powered by clean-and-green marine microturbines. Entries must be submitted at winmicroturbinepower.net by March 31, 2014. 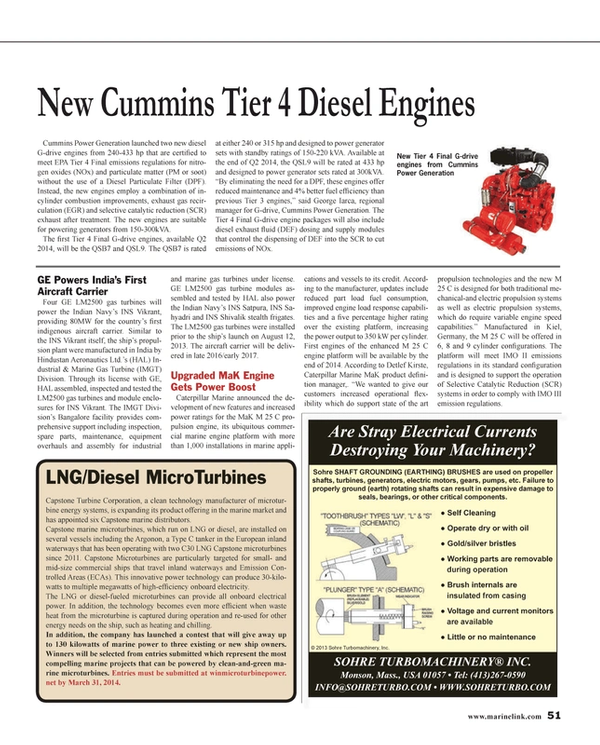