That’s what makes studying the navies of the world interesting—to see how they have addressed their specific challenges with the resources they have applied to them.  Here are several examples.

Peru patrols Amazon rainforest to deep blue Pacific
Peru is a maritime nation, with a 1,500-mile coastline, and a major ports such at Callao.  It has a navy, and warships such as the Lupo-class frigates from Italy and Type 209 submarines from Germany.  There are modernization efforts underway even as the Marina de Guerra del Perú also looks to recapitalize its fleet with more modern platforms and systems.  Not surprisingly, there is a competition for resources from the other services, but Peru depends on the sea, and its navy.  Most Peruvians live near the sea; most of its trade travels by sea; and 95% of all fuel used in Peru comes by sea.

So, Peru is not unlike many other navies in that regard. Few navies, however, have such extreme operating environments.  Peru is a blue ocean-navy that has a significant riverine mission, with numerous humanitarian and constabulary functions on the remote Amazon and its tributaries, as well as a land-locked presence on Lake Titicaca, where it shares a maritime boundary with Bolivia (a land-locked nation, has a naval force of about 5,000 personnel) at an elevation of more than two miles above sea level.  A large portion of the Amazon is within Peru, and 60 percent of the country is Amazonian rainforest. 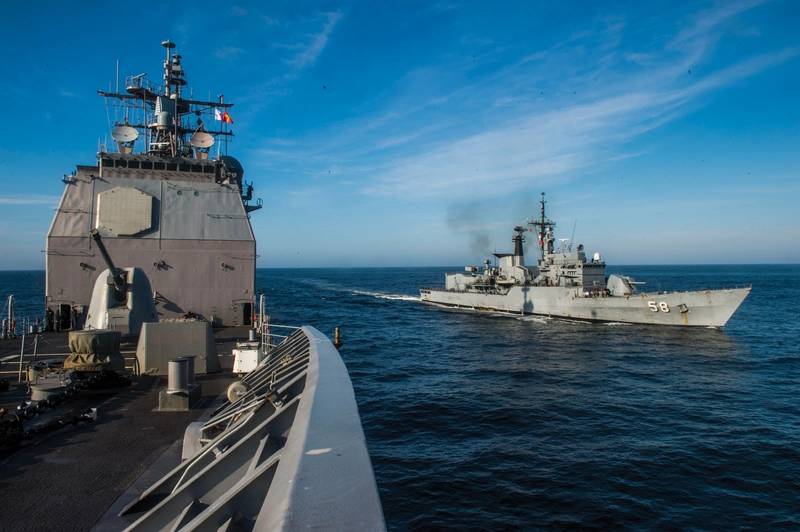 Peru’s navy is a study in contrasts.  Peru has a former Dutch cruiser that was laid down before World War II, acquired by Peru in 1973 and commissioned as the BAP Admiral Grau, and is the last gun cruiser in service anywhere.  Compare that to the hospital ship BAP Puno, operated by the Peruvian Coast Guard on Lake Titicaca.  It was commissioned in 1872 (that’s right—1872—that is not a typo), and still serves local communities in remote areas.  She is reportedly fueled by dried llama dung (also not a typo).  Compare that to its flight deck-equipped patrol boats for the Amazon basin, Icebreakers operating in the Antarctic region and amphibious ships capable of transporting and deploying Marines.
Because Peru’s difficult geography makes it hard to support citizens in remote communities, the Navy operates vessels that are key enablers to sustain and protect them.  “In some areas, the only presence of the state is the Navy,” said Rear Adm. Ricardo Romero, Peruvian naval attaché to London.

(Part one of a five-part series as published in the April 2019 edition of Maritime Reporter & Engineering News https://magazines.marinelink.com/nwm/MaritimeReporter/201904/)