Mr. Hartmann said Brown & Root has committed to a six-barge program for 1974, which guarantees the company a minimum revenue stream of $1.2 million from Brown & Root. Crutcher will receive additional rental payments from each barge that generates revenues in excess of the $200,000 minimum advance.

The $1.2-million payment assures Crutcher Resources of an amount equal to approximately 200 miles of welding, which compares to 42 actual miles automatically welded in 1973. 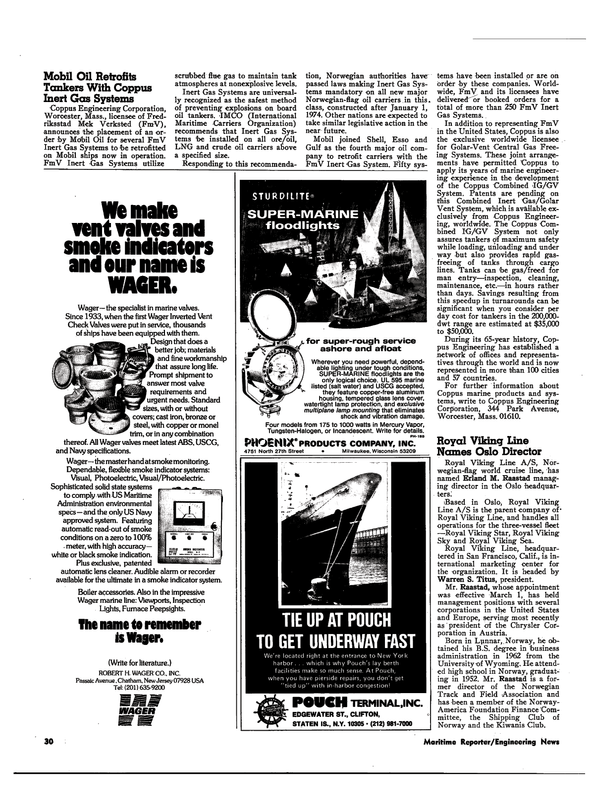