The Miami, Fla., chapter of The Propeller Club of the United States has announced that plans are nearing completion for its upcoming Southeastern Regional Convention, May 1-3, at the Sonesta Beach Hotel, Key Biscayne.

The three-day business and pleasure meeting is the group's annual gathering; An estimated 200 persons are expected to attend, according to Arthur A. Pendleton, convention coordinator.

Included in the program will be a joint meeting of the group's national executive committee and board of governors. Work sessions include a group discussion on the "Challenge of the Future" for southeastern ports, moderated by Capt. Robert Waldron, Miami port director.

Miami Mayor Maurice Ferre is among the speakers scheduled, as is Milton Fisher, president of Panelfab International, who will discuss "Exporting for Profit." Rounding out highlights of the meeting will be a report by J.R.

Jacks on, vice president and manager, environmental affairs, Exxon Corporation, regarding the effect of the energy crisis on international trade.

Highlight of the entertainment portion of the program will be a special luncheon aboard the M/S Emerald Seas. A special ladies' program has also been arranged. 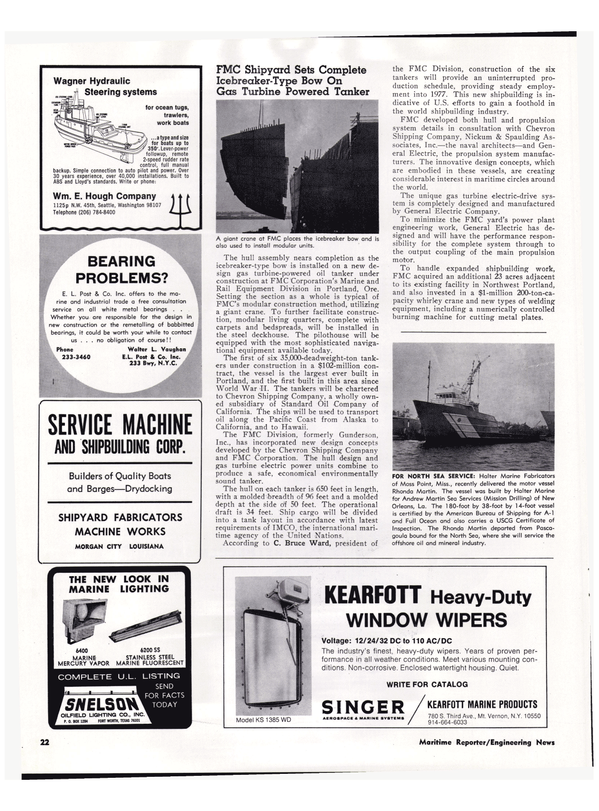