For more than 30 years, Markey Machinery has worked with the LNG and marine transportation Industries with the goal of developing winches designed to work under the most challenging conditions. The effort includes extensive design shop testing and actual commercial work, a combination that has ultimately produced an understanding of the operational issues facing terminal and tug operators. 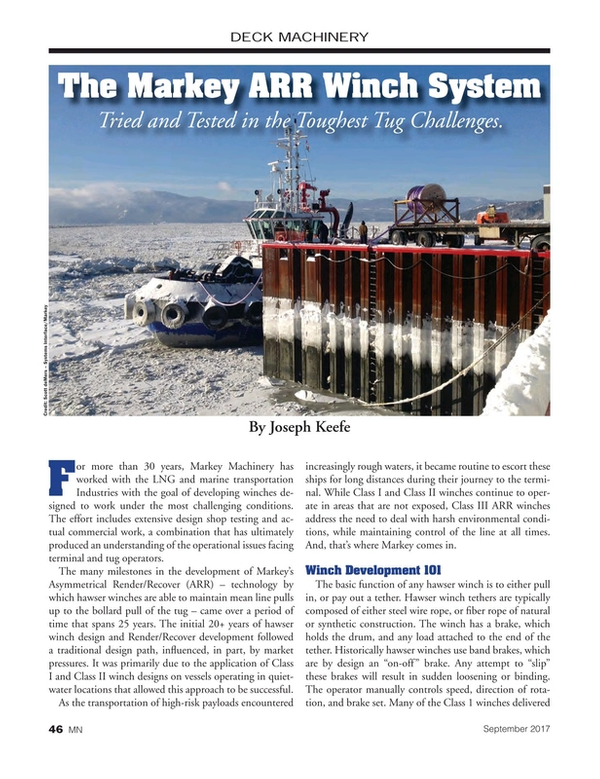