Top Regulatory Concerns on the US Commercial Waterfront

A top 10 list of regulatory concerns is by no means all-inclusive, but it does bring to light the full weight of the regulatory hammer on the collective domestic commercial waterfront. 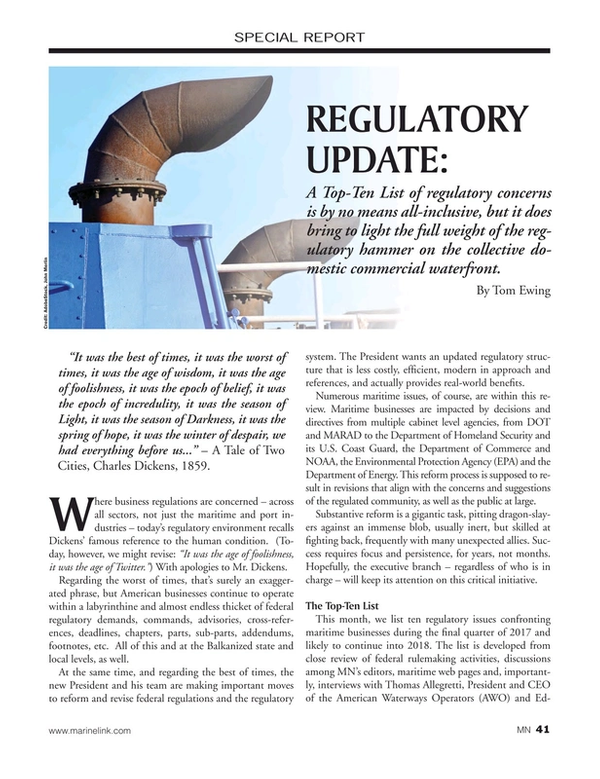 Read Top Regulatory Concerns on the US Commercial Waterfront in Pdf, Flash or Html5 edition of September 2017 Marine News