A Container-on-Barge service intended to be an integral part of the regional intermodal equation is gathering momentum – and customers. 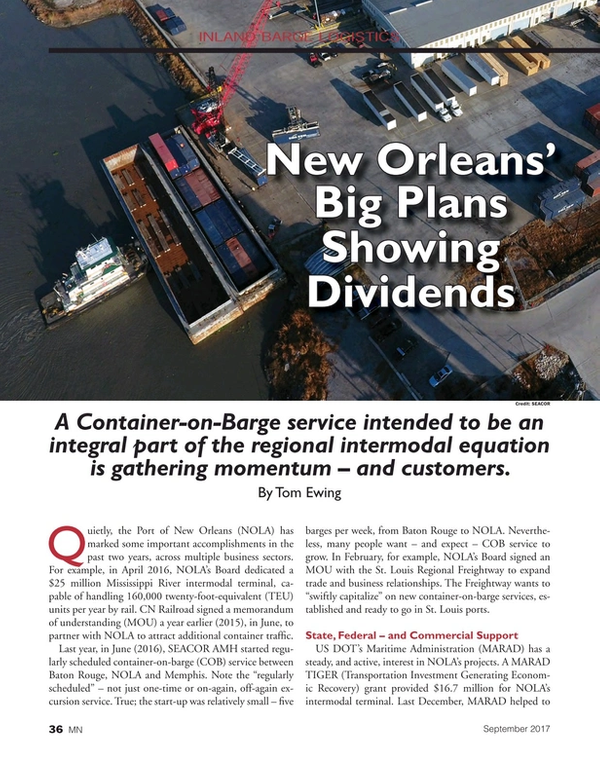