Forum Subsea Rentals made further investment in inertial navigation technology from supplier iXBlue. The equipment is due to be utilized for ROV positioning in survey and construction support applications on projects worldwide. The contract includes a quantity of ROVINS subsea inertial navigation systems as well as OCTANS gyrocompasses that are upgradable to full INS capability of the ROVINS.
The positioning solution provided by ROVINS can be enhanced with the use of a Doppler Velocity Log which can be coupled directly to the INS or fitted elsewhere on the vehicle. In either case, for best performance, it is necessary to perform an alignment calibration procedure. This can be performed on site however users often prefer to have the sensors coupled and calibrated prior to mobilization to a project.
iXBlue engineers assisted Forum in the preparation and calibration of six ROVINS/DVL sets to be mobilized to a project in the Spring of 2013. A survey vessel was hired for a week during which the coupled systems were calibrated and a number of Forum Engineers were fully trained in the procedure by the iXBlue engineers. 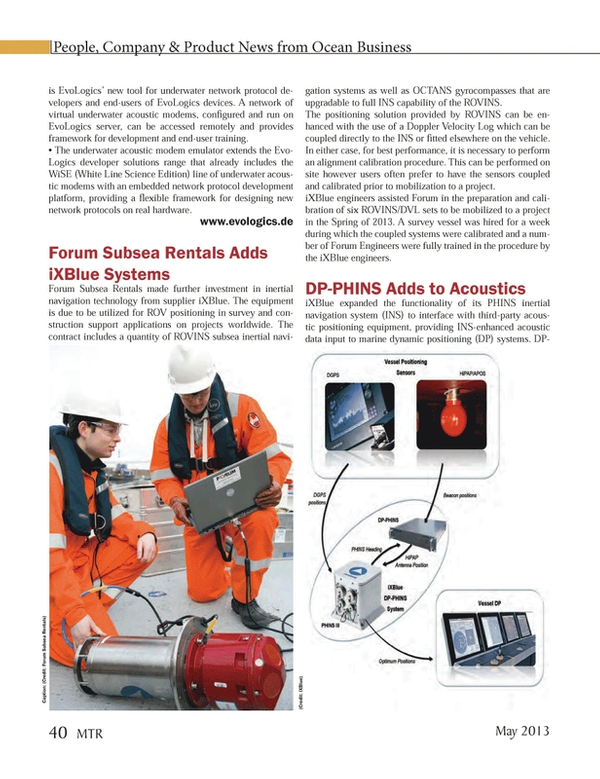