Kongsberg Maritime added an Ethernet control interface and a new graphical user interface to its high resolution digital stills camera the OE14-408. The OE14-408 with its 1/1.7-in. CCD sensor, 5x optical zoom and achromatic doublet lens has the ability to capture stills images up to a 10 megapixel resolution while correcting for chromatic aberration, Kongsberg said. With the addition of an Ethernet interface the operator has the ability to control all camera functions remotely. Captured images, in either RAW or JPEG format, can be stored to the camera’s 16GB internal memory or downloaded as soon as they are taken through the 10/100 Base-T connection. The camera supports both static and DHCP address protocols.
Images can also be transferred by USB or over an ad-hoc wireless network.
www.km.kongsberg.com 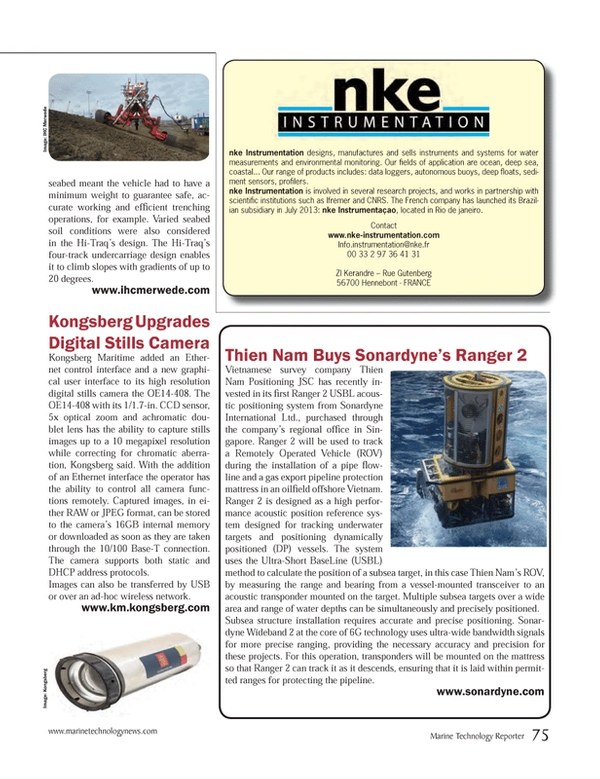