IHC Merwede introduced the four-tracked subsea trencher, specifically developed for shallow water operations and targeted towards cable burial in offshore wind farms. The Hi-Traq was presented at a special event at the Stadium of Light in Sunderland, which was attended by offshore wind industry professionals from the U.K., Europe and the U.S. The new remotely operated vehicle (ROV) has been developed to be capable of tackling the full range of challenges typically faced in this application. High wave loadings and strong currents at the seabed meant the vehicle had to have a minimum weight to guarantee safe, accurate working and efficient trenching operations, for example. Varied seabed soil conditions were also considered in the Hi-Traq’s design. The Hi-Traq’s four-track undercarriage design enables it to climb slopes with gradients of up to 20 degrees.
www.ihcmerwede.com 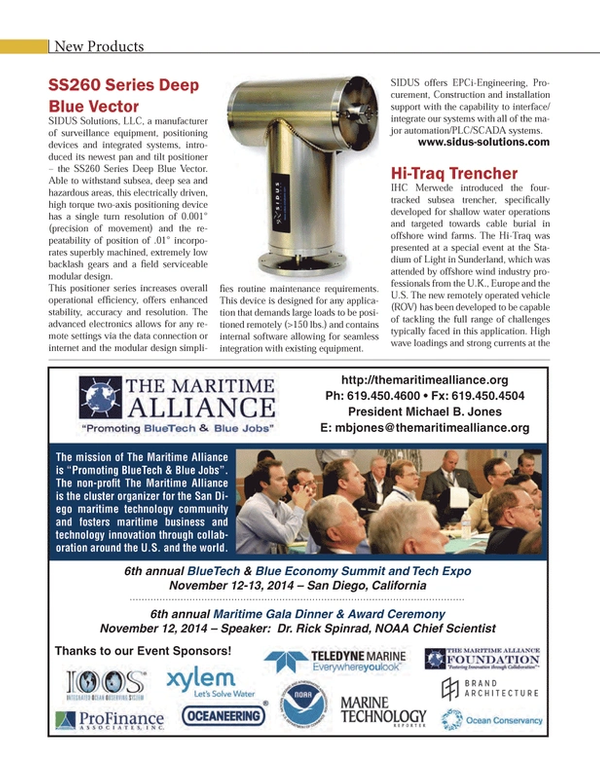