When looking for an emergency preparedness system for the Gulf of Mexico and elsewhere, Chevron enlisted the aid of Wachs Subsea to create an automated pipeline repair system using Wachs Combination Prep Tool (CPT) as the key operational component. The design parameters included a machine that was lightweight so it could be transported by air, operational at depths to 3,000 meters (10,000 feet), and configured to perform all the pipeline machining tasks associated with installing a sleeved replacement pipe section (or spool) in a single deployment. 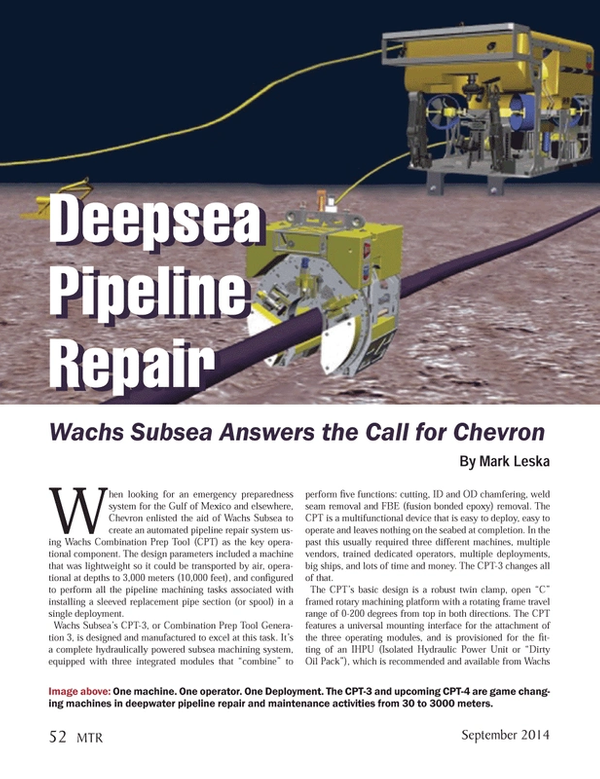