Data channels can be added to fiber optic systems by adding fibers, adding wavelengths, or adding both. Dense wavelength divisional multiplexing (DWDM) allows a single fiber to carry multiple data channels. Passive components, such as optical circulators, double a fiber’s capacity by allowing information to flow in both directions. While these technologies are well known in the terrestrial communications industry, subsea designers may be less aware of what tools are available to them. These technologies allow the subsea designer to pass many data channels through small, single or limited fiber count connections. 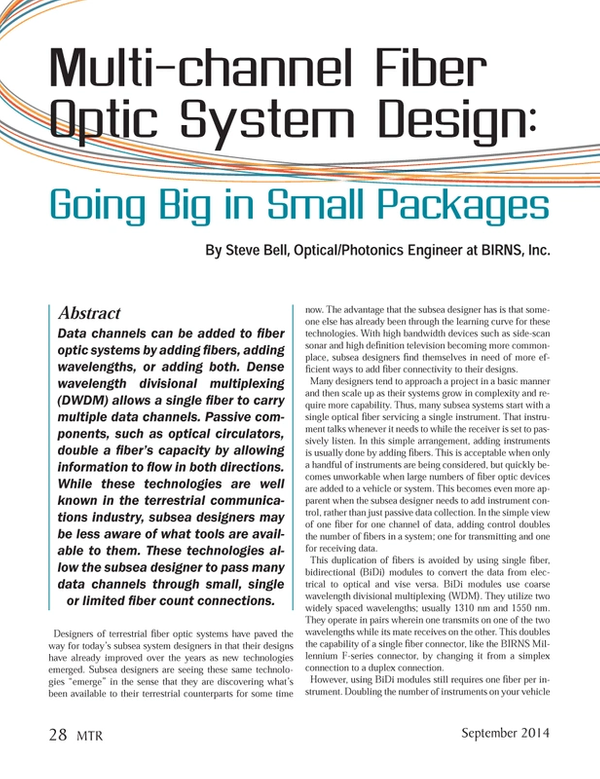