Shipyards are the key beneficiaries of ‘Workshops for Warriors’ talent pool. 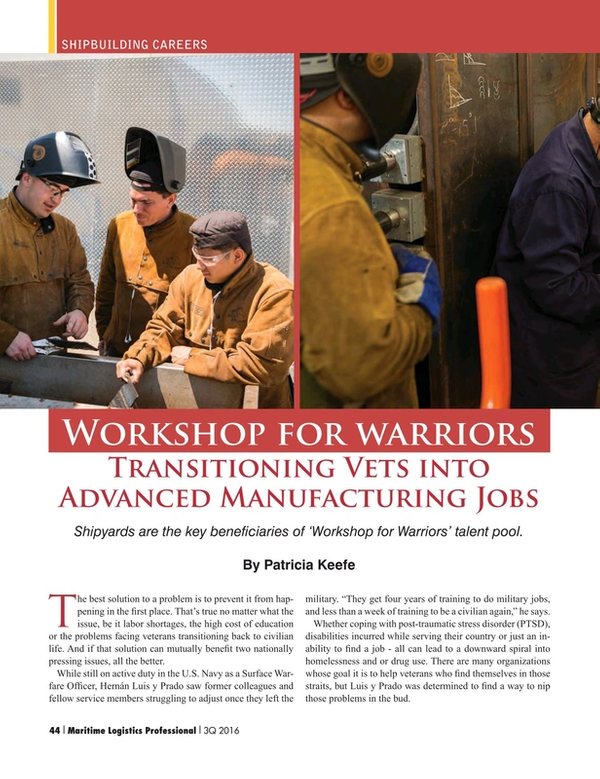