Ballast Water rules and approvals advanced in 2016. Shipowners, OEM’s and shipyards now have to do the same, as 2017 looks to be even busier. 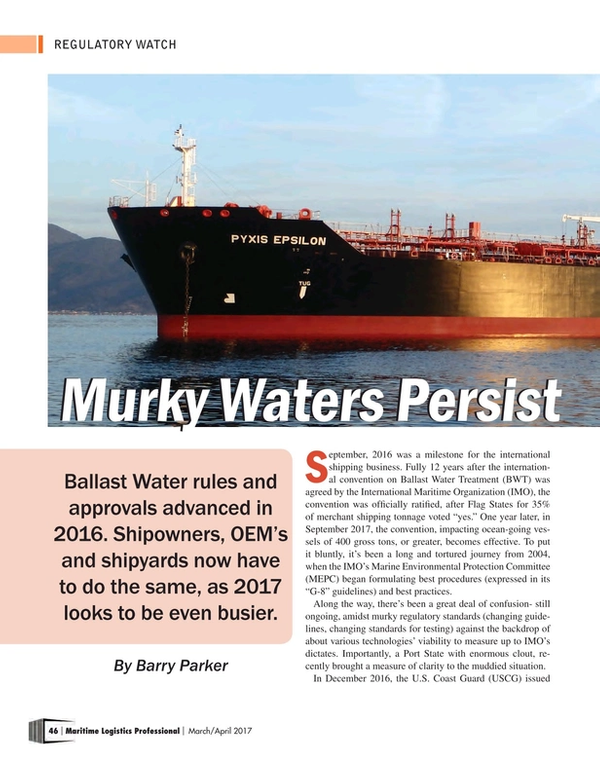