POLB Executive Director Mario Cordero weighs in from his new West Coast chair, on the most pressing issues of the day. Arguably the industry authority from both the regulatory and commercial sides of the equation, his opinion carries weight and, sometimes, surprises. 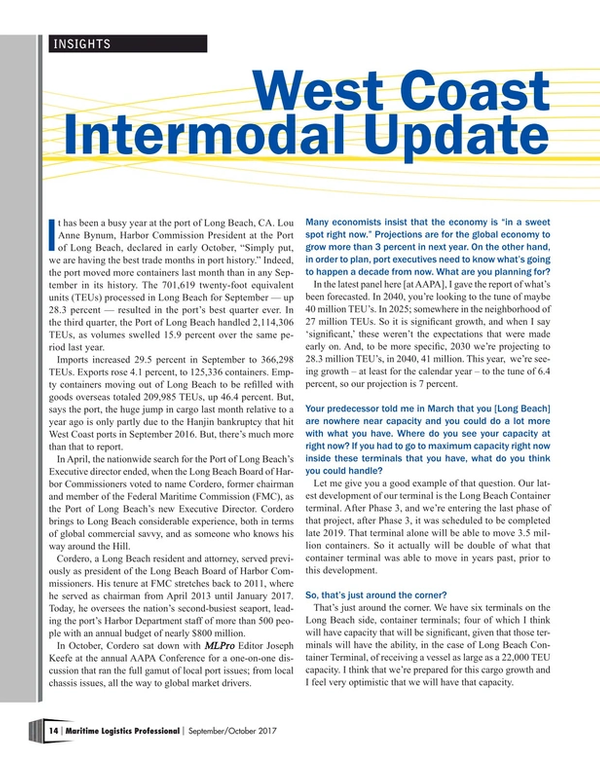