The purpose of the lengthening to 262 feet is to permit the installation of new sophisticated data processing and other special exploration equipment. The vessel, built by Burrard Yarrows Vancouver Division in 1974, is owned by Cayman Island Vessels, Ltd., and is on a long-term charter to Gulf Research and Development Company. P r e l i m i n a ry work on the contract has already begun, and the vessel will arrive at Burrard Yarrows's Vancouver Division on January 15 next year.

She is scheduled to leave on April 15.

The Hollis Hedberg, which is classed ABC Ice Class LIA, can accommodate a crew and technical complement of approximately 55 people. A helicopter landing f deck and additional fire-fighting equipment will also be installed.

The naval architects involved in the conversion are William R.

Brown and Associates of Vancouver. 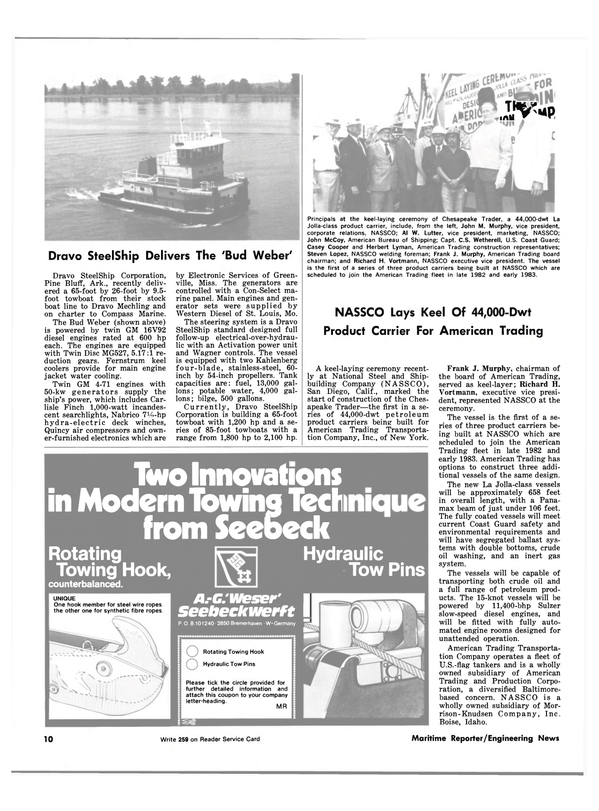