The ship will have a newly developed hull form and the SSG (Super-economical Shaft Generator) Mark II system which is expected to reduce fuel consumption by up to 50 percent as compared with the 130,000-dwt energy saving ore carrier Pioneer Maru, built by IHI in 1978.

To be built with a long-term charter from Kawasaki Steel Corporation, the ship will be completed in January 1983, and operated by Japan Line, Ltd.

The ship size will be the maximum allowable for ports of call in Japan, Australia, South Africa, Europe, and North and South America.

The use of very large hull dimensions and slower ship's speed considerably reduces the wavemaking resistance of a ship's hull but increases the frictional resistance.

Accordingly, IHI engineers developed a hull form, termed the "IHI-L.V. hull form," which reduces the resistance. The hull has no bulb at the bow and incorporates a stern shape which reduces energy loss by improving the water flow. 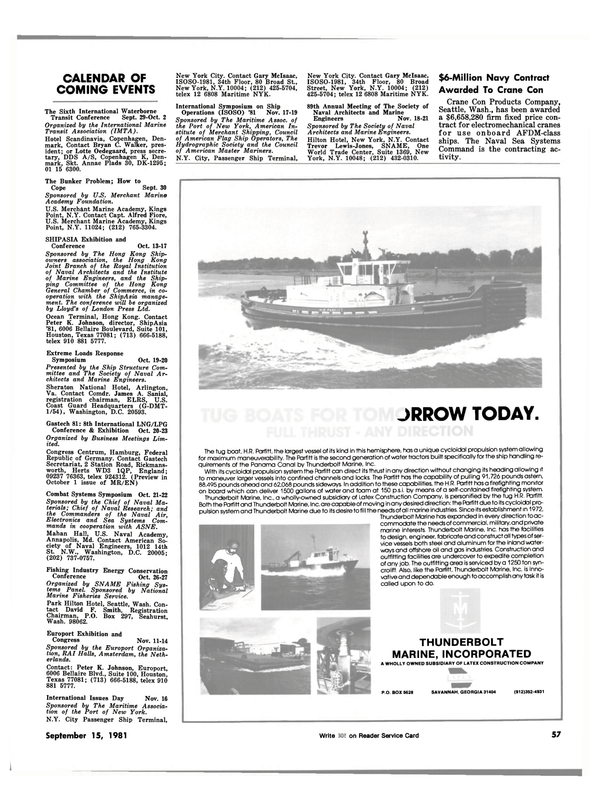