Literature is now available describing- a "fixed-mounted" version of its unique opposed-pinion jacking system for offshore platforms manufactured by National Supply Company. Attached by welding directly to the hull, the fixed version allows the National jacking system to be used on a greater variety of platform designs, according to the Houstonbased company.

The new fixed mounting method was developed in cooperation with naval architects and shipyards and has been accepted by a number of yards both in the U.S. and overseas.

The National jacking system has been available until now in a "floating version" that uses shock pads to transmit loads between jack unit and hull.

Each version has advantages and design trade-offs, said the manufacturer. The "floating" version provides greater flexibility and fabrication ease, while the fixed version is simpler, lighter and more economical. 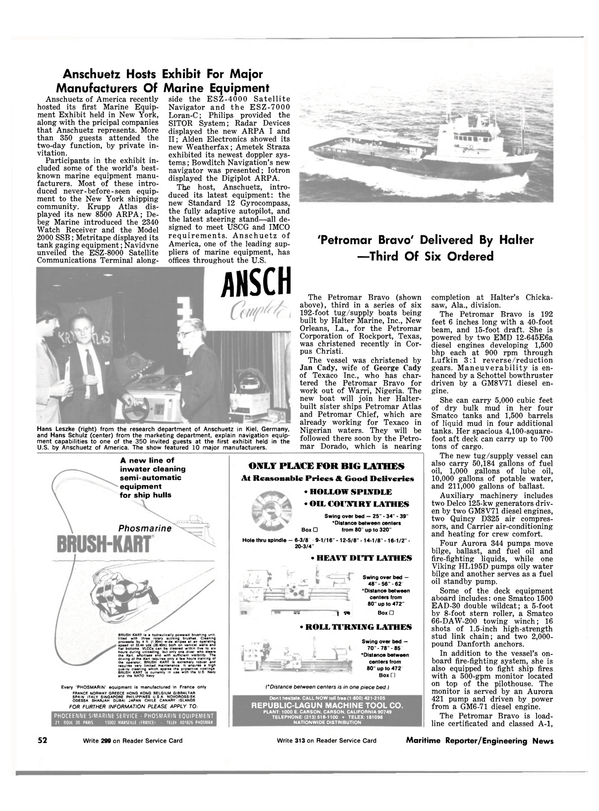