Ford to the position of chief engineer and head of the machinery division in New York.

Mr. Ford joined Gibbs & Cox in 1942, immediately after graduating from M.I.T. He spent the early years in field positions in the metropolitan New York area.

In addition, he was the Gibbs & Cox representative to the General Electric Co., Schenectady, N.Y., assisting in work being done on Project GENIE, the liquid metal reactors system for the U.S.

Navy. Since returning to the New York office in the early 1950s, Mr. 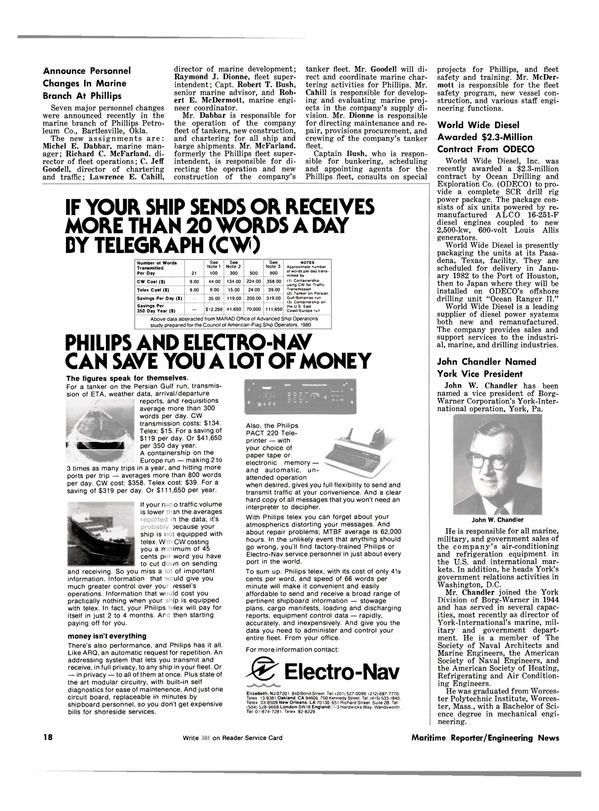