America took the lead with containerization, and should retain that lead; this success is dependent upon the U.S. retaining its competitiveness in world markets.

These were the thoughts of Malcom P. McLean, the founder of oceangoing containerization, as he received the 1984 Admiral of the Ocean Sea (AOTOS) Award at a recent dinner-dance attended by some 800 shipping management, labor, and government leaders at the New York Hilton.

The AOTOS Award, one of the most prestigious in the U.S. maritime industry, is presented annually by United Seamen's Service for distinguished service to American shipping.

Mr. McLean was the founder of Sea-Land Service, the shipping company that was the world's pioneer in containerization in 1956.

Currently president of McLean Industries, which owns United States Lines, he said that at least half of American cargo should move in American ships. "The freight business is highly competitive in quality of service, time of transit, the actual rate itself, and the overall cost to the shipper customer. These are the key factors in moving cargo whether on land, water, air, or private haulage," he said. He noted that only 25 percent of the world's current container capacity is American.

"The future of the American merchant marine is 100 percent dependent upon a combination of capital investment and the support of the shipper; you cannot get the customer support unless you are competitive," said Mr. McLean. He noted that all facets of the industry have a responsibility to help it prosper, including management and labor.

"Unions can't prosper themselves without an industry," he added.

McLean's next shipping venture was United States Lines, which his McLean Industries purchased. With his planning and continued innovation, USL is introducing round-theworld service with 12 new jumbo containerships built by and under construction at Daewoo Shipbuilding in Korea. Other proposed projects will infuse new vigor into other branches of the American shipping community, creating jobs and helping restore U.S. shipping as an important world trader.

McLean, and noted the recipient's penchant to avoid the limelight of publicity over the years. "He is a man who lets his accomplishments speak for themselves," said Mr.

The AOTOS award is a foot-high silver statue of Christopher Columbus, who was named "Admiral of the Ocean Seas" by Queen Isabella.

The statue is individually crafted each year by an Italian silversmith and carried on an American ship for the award ceremony. 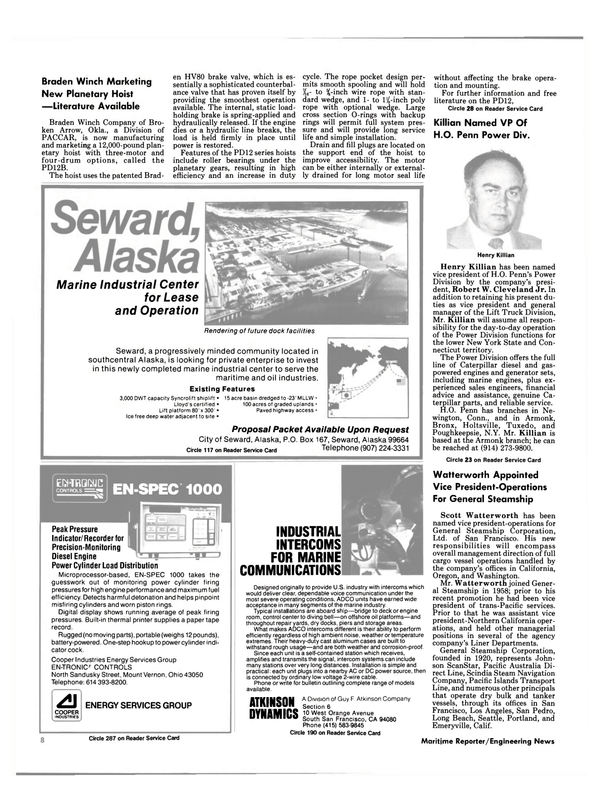