A free brochure on the new service is available from the Lexington, Ky., company.

The new venture, called WABCO International Service Network, is the result of negotiations with other manufacturers of marine fluid power control products throughout the world in an effort to market and service each other's product lines. Each of the six participating companies is to be supported by distributors in the major ports of the world.

The companies involved have agreed to stock and service each other's parts. The long-term plan, according to WABCO officials, is to standardize manufacturing techniques, with each company having the capacity to produce one another's products, resulting in a united WABCO parts operation.

For further information and a free brochure on the new WABCO network, Circle 30 on Reader Service Card 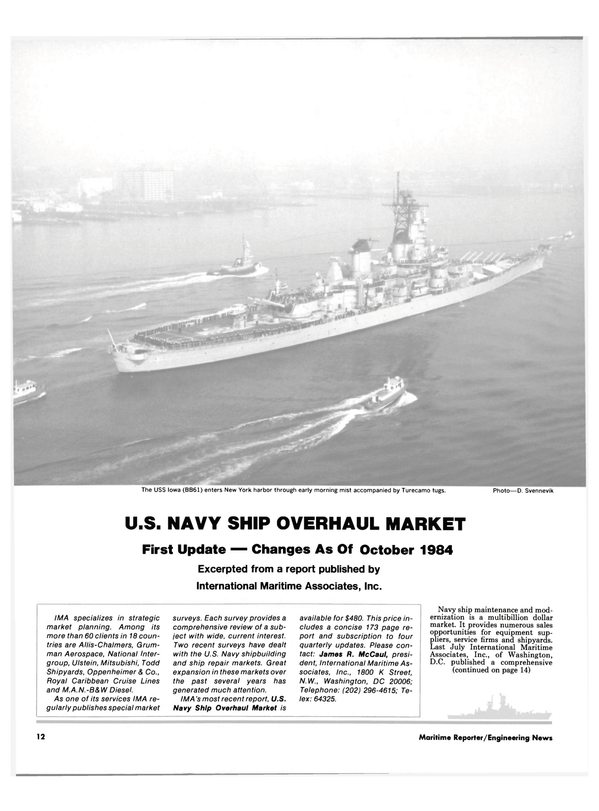