The contract calls for construction of three diesel-powered, fuelefficient containerships at a cost of approximately $60 million per ship.

The D-7 class vessels will be deployed to carry containerized cargoes between Puget Sound, Wash., and Anchorage and Kodiak, Alaska.

They will fly the U.S. flag and be operated by Sea-Land Service with American crews.

This shipbuilding project will be financed with Sea-Land's Capital Construction Fund (CCF) that is administered by the Maritime Administration.

The CCF involves funds received by Sea-Land for the sale in 1981 and 1982 of its eight SL-7 class containerships to the U.S. Navy for use by the Military Sealift Command in the Rapid Deployment Fleet. Four of the eight SL-7s have already been converted and have joined the MSC fleet.

"This $180-million construction project reflects our commitment to the Alaska service and our resolve to operate a fuel-efficient, diesel-powered fleet throughout our worldwide operations," Mr. Abely said. "It is particularly appropriate that we undertake this building project as we approach the 20th anniversary of our December 1964 voyage that began the industry's year-round containership service to Alaska," he added.

"At peak construction, up to 1,500 new shipyard employees will be required, in addition to those who might be working on other projects," Mr. Geiger said.

Sea-Land Service is the largest U.S.-flag carrier of containerized ocean cargo, operating a fleet of more than 60 containerships that call at 71 ports, serving 59 countries and territories. 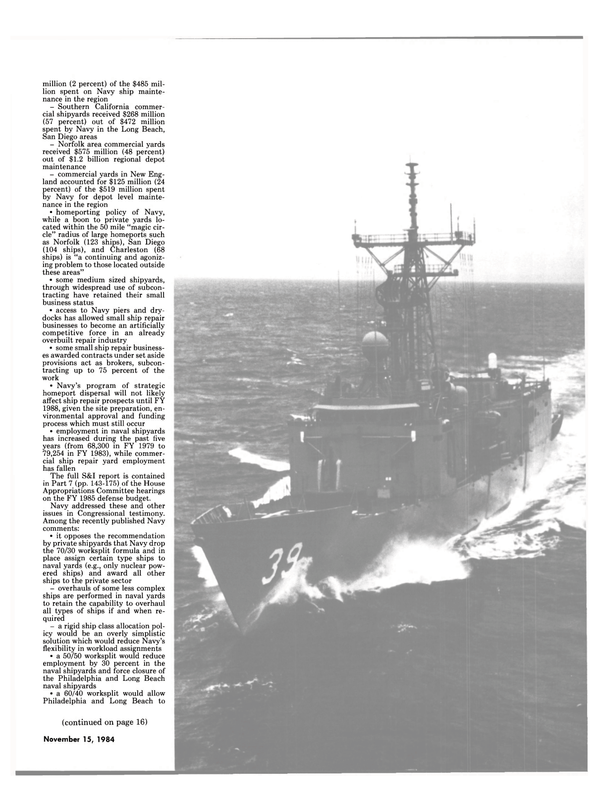