The Siemens Industrial Solutions and Services Group (I&S) has been contracted to supply the most updated propulsion and automation systems (Nautos) for a trio of new submarines to be built for the Greek Navy for delivery between 2005 and 2008. The $35.5 million contract features propulsion systems that will include Permasyn permanent- field electric motors and PEM Fuel cells (polymer electrolyte membrane) as power sources. Howaldtswerke- Deutsche Werft (HDW) has been granted a contract to supply the Greek Navy with three type U 214 submarines. The first will be constructed at HDW; the remainder will be built at the Greek and Hellenic Shipyards Co. The submarines will be powered by Siemens Permasyn electric motors - permanently synchronous machines suitable for a DC power supply that are very low signatures, compact and easy to operate. PEM fuel cells as AIP systems (air independent propulsion), will power the submarines when submerged. The AIP system is produced by HDW with Siemens providing the fuel cell modules and the supervisory systems. 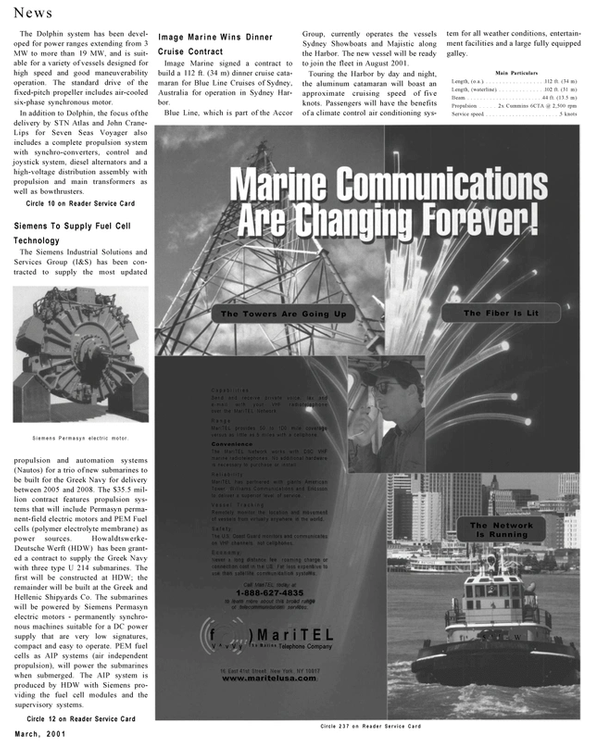