The increasing automation of vessels is causing some mariners to lose basic maritime skills.

The Author
Dennis L. Bryant is with Maritime Regulatory Consulting, and a regular contributor to Maritime Reporter & Engineering News as well as online at MaritimeProfessional.com. 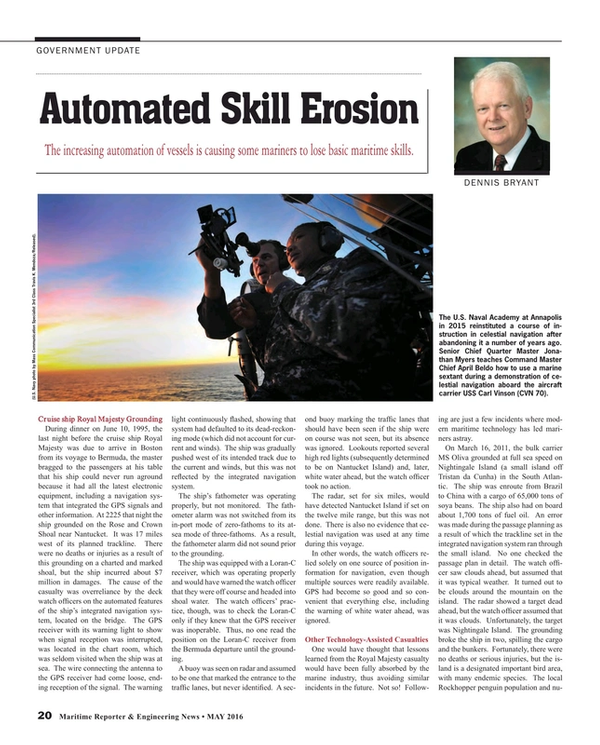