Maritime Turkey Set for a Tailwind

Turkey is strategically located, straddling both Europe and Asia with substantial number of Black Sea and Mediterranean Sea ports, thus making maritime trade and shipping of great importance to the country’s economy. Its extensive coastline running for 8,483 km, (1,067 km of which is island shores) has greatly contributed to the growth of Turkey’s maritime sector. 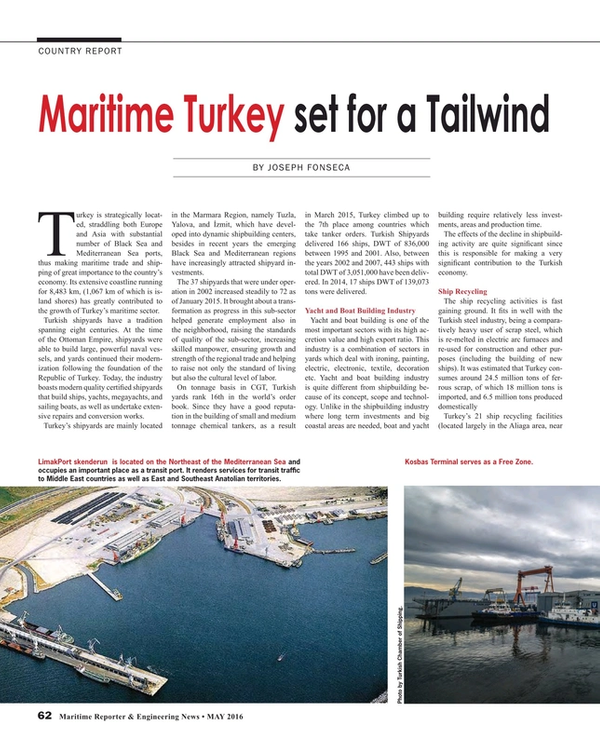 Read Maritime Turkey Set for a Tailwind in Pdf, Flash or Html5 edition of May 2016 Maritime Reporter