In the immortal words of one Kermit the Frog, “it’s not easy being green.” Nor inexpensive. Offshore ship owners managing the demand “fallout” of the past year and navigating myriad environmental strictures say their leap of faith toward greener fuels has taken its toll. The idealism of a decade ago has eroded, they say, in the face of lost offshore business, especially long-term contracts. Oil company clients that once insisted on high-spec, “green” vessels haven’t renewed contracts for those ships. Still, ship owners love the new green tech for those fuels, even if the fuels themselves offer limited range. 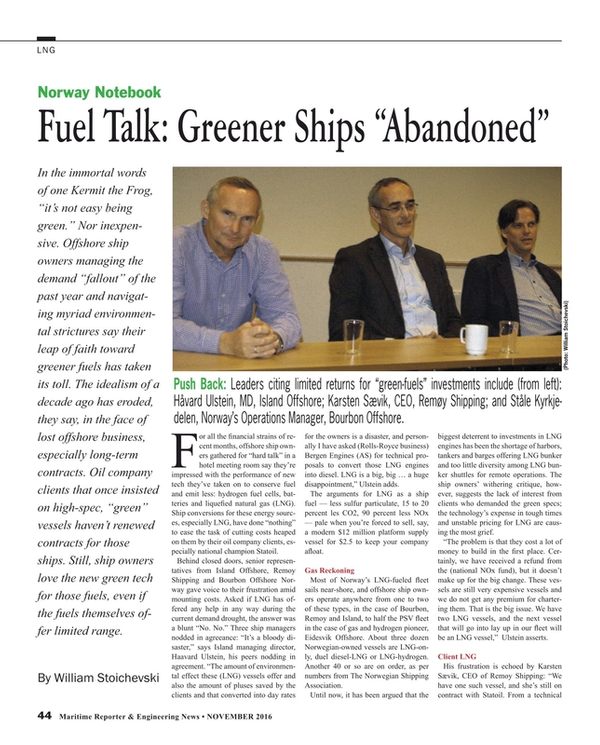