What a Difference a Year Makes

Channel and water management will become increasingly important for freshwater supplies and trade in the years to come. The work and our vigilance must continue. 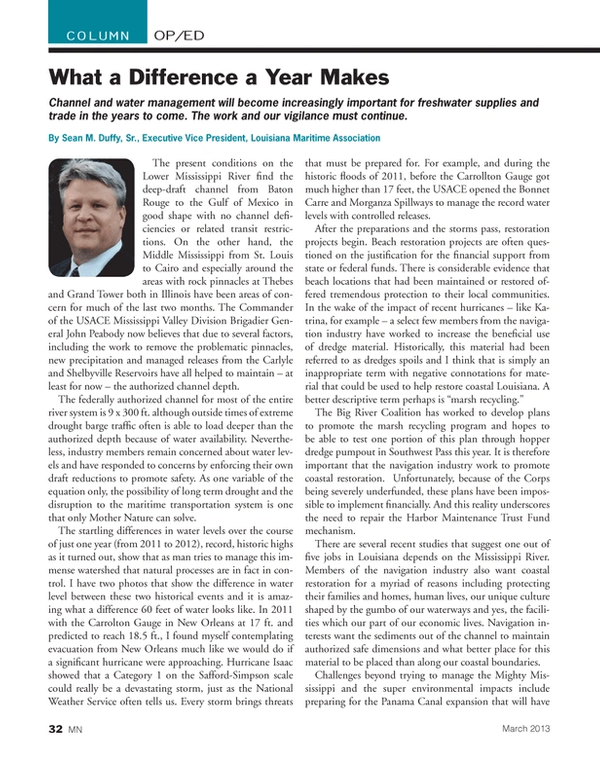 Read What a Difference a Year Makes in Pdf, Flash or Html5 edition of March 2013 Marine News