On top of the water, underwater and on the seabed, vehicle robotics are quickly proving their value as a game changer. Profiled here are some latest developments.

Teledyne Gavia said that it sold two additional 1,000m depth rated Gavia Offshore Surveyor Autonomous Underwater Vehicles (AUVs) to UTEC Survey Inc. of Houston. UTEC purchased its first Gavia AUV in August 2011 then took delivery of a second vehicle in April 2012. After honing their AUV operations over the past two survey seasons, the company decided to increase the fleet with the purchase of two further vehicles, the first delivered in October 2013 and the second system delivery due early in 2014.
The UTEC Gavia AUVs are fully equipped for geophysical surveys in near-shore environments out to 1,000m. UTEC’s Gavia AUVs have recently proven their capability off East Africa where they are used for a wide variety of offshore survey and inspection tasks. The vehicles are fitted with swath bathymetry, side scan sonar, sub bottom profiler modules, as well as a depth rated camera with strobe lighting. The built-in camera allows for overlapping images which are digitally stitched together forming a complete mosaic of the survey mission. The two most recent vehicle purchases come with the DVL aided ROVINS154 Inertial Navigation System module (IXBlue, France), providing a high accuracy INS in a package that is not of US origin so it does not automatically come under the ITAR export control regulations. All UTEC AUV INS navigation is further enhanced by the additional purchase of both USBL and LBL systems from Teledyne Benthos (Falmouth, Mass.) which provide aiding to the INS enabling higher accuracy and longer endurance missions.
SRI International demonstrated capabilities for conducting underwater chemical surveys with its in situ membrane introduction mass spectrometry (MIMS) device integrated into a Bluefin-12 autonomous underwater vehicle (AUV). The sensitivity, specificity, and versatility of mass spectrometry enable in-water identification and analysis of a wide range of chemicals.
“The ability to combine highly sensitive and calibrated mass spectrometry with AUVs gives researchers and industry a new tool for critical underwater survey applications,” said Timothy Short, manager of the Marine and Space Sensing Group in the Space and Marine Technology Program at SRI International. “Much as we are seeing an increase in valuable data collection applications for unmanned aerial vehicles (UAVs), we can now collect and analyze underwater data more efficiently and accurately. The integrated SRI-Bluefin solution is unprecedented for its ease of deployment, advanced survey capabilities, and reduced cost of operations.”
The unique capabilities of the SRI MIMS device integrated into the Bluefin-12 AUV platform addresses complex survey and data collection challenges associated with ocean monitoring and exploration, including an enhanced ability to differentiate hydrocarbon sources (e.g., biogenic versus thermogenic) and high-fidelity baseline measurements to understand with greater accuracy the impact of drilling in specific areas.
Shark Marine Technologies delivered the newly enhanced Sea-Wolf 3 ROV system to The State Oceanic Administration of China, which will use the Sea-Wolf 3 to perform marine scientific surveys and research activities. The SOA is responsible for overseeing marine construction projects, submarine engineering projects and routine coastal surveillance.
The Sea-Wolf 3 system is loaded with extras and software capabilities just recently introduced into the light work/ inspection class of ROVs. The system was designed for increased modularity and ease of maintenance and configurations.
The Sea-Wolf 3 has an increased payload, an external pan/tilt platform and an open frame design to allow more flow to the thrusters and less drag in currents.
This system features the DiveLog software, adding a new level of autonomy for the ROV pilot. New capabilities include: Route Following, Go To, and Station Keeping. DiveLog has also simplified the data inputs from multiple sensors onto one screen, whilst recording all the data into convenient project folders. 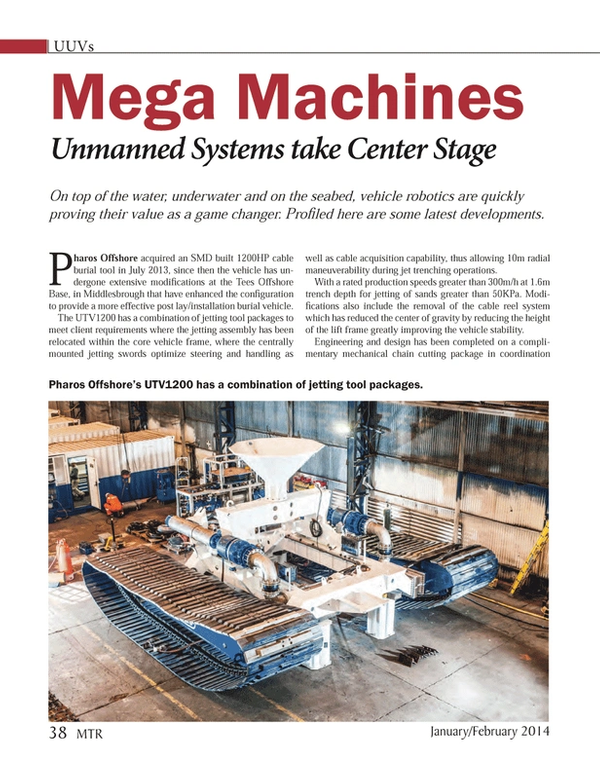